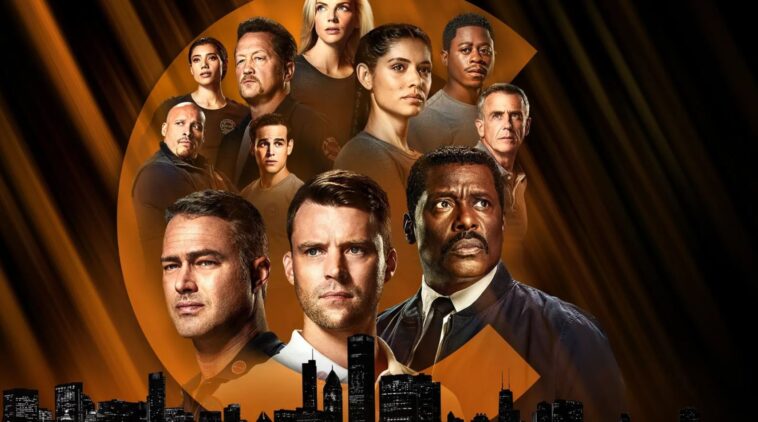 Chicago Fire Season 11 is back to airing new episodes, and we do not seem to get enough of this action thriller with drama-filled undertones! The season opened with Kelly Severide and Stella Kidd enjoying their honeymoon, but not without the hidden threat of mysterious men closing in on their cabin.

So what else has been transpiring in this riveting season?

Where To Watch Chicago Fire Season 11 in the UK?

How To Watch Chicago Fire Season 11 in the UK

The eleventh season of Chicago Fire released on Wednesday, September 21, at 9 pm ET/PT on NBC exclusively in the United States. New episodes of the crime series will resume on January 4 on NBC. Just after Chicago Med and before Chicago P.D.

There is no word about the series’s UK or Canadian release date. Although you can still watch it on NBC with an ExpressVPN subscription. You can also watch Silent Witness Season 26, Happy Valley Season 3, Will Trent, The Resident Season 6, Big Sky Season 3, The Rookie: Feds, and The Rookie Season 5 (new episodes) with ExpressVPN.

What To Expect From Chicago Fire

Airing on May 25, Chicago Fire Season 10 finale left the viewers hanging on a major cliffhanger with Stella and Severide’s happy marriage. But the cabin where the newlyweds were spending their first night was surrounded by mysterious trucks, most likely filled with hardened drug dealers holding a vendetta against Severide.

As it turns out, Severide had helped Detective Pryma take down two drug ring members and murderers, and they were out for blood to enact an act of revenge on the newlywed couple. The show aptly covers this nail-biter as the firefighters scramble to hold their fort until the police arrive.

Severide and Stella are not the only two love birds on set, as Chief Evan Hawkins and paramedic Violet Mikami get back together in a relationship stronger than ever before. However, their relationship is short-lived as an unfortunate event separates the two: Hawkins dies during a rescue operation at a movie theater, leaving a grieving Mikami behind.

Sam Carver In The House

One of the overarching stories that steal the spotlight in Chicago Fire is that of Sam Carver – played by Jake Lockett. Working as a firefighter, he hides a mysterious back story with his aura that is yet to be revealed to the audience. Carver hates being micromanaged and told what to do and is on the path to becoming an integral part of the storyline if he manages to survive the season’s finale.

Disgraced paramedic Emma Jacobs makes a comeback as Chicago Fire’s villain. Working a job at the Internal Affairs Division, she uses her professional privileges to investigate people on the job. Sam Carver was the first on her list, but she cleared him, leaving the audience in a dilemma about her intentions.

Although NBC has not informed fans about the exact number of episodes they will be getting out this season, speculations conclude them to be between 16 to 24. You can watch the show on NBC, which is the only place you will find it because of its status as an original and exclusive.

Chicago Fire is one of the best crime drama series you can watch on NBC. We have listed the best method to watch the new episodes of Chicago Fire Season 11 in the UK & Canada. We have tested ExpressVPN to unblock nbc.com from the UK and Canada and it worked perfectly. Therefore we highly recommend it.