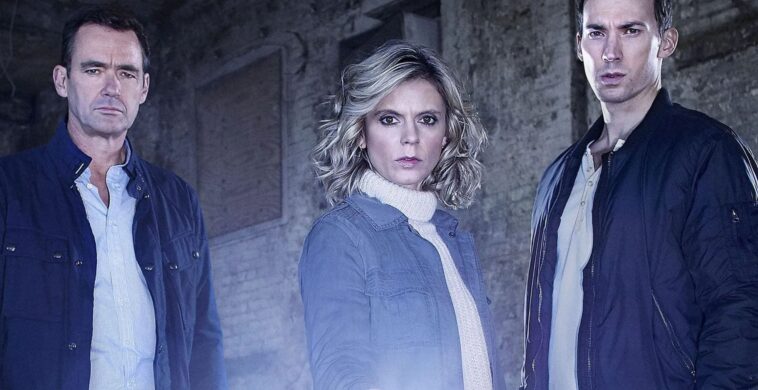 Silent Witness has seen a great 2022: the epic show celebrated its 25th anniversary in style with an intricate 6-part story. It also witnessed the highly-anticipated return of the show’s classic character Sam, who gripped the viewers with his initial appearance in the show’s first season.

This long-running BBC thriller drama is not ready to pump the brakes but is instead picking up speed with another epic story bound to keep one on one’s toes, much to its fans’ delight!

If you are here to find out where to watch Silent Witness Season 26 in Canada, read this guide to the end.

Where To Watch Silent Witness Season 26 in Canada?

The twenty-sixth season of Silent Witness has been scheduled to premiere on BBC in the UK. If you reside in the UK, open BBC.com and watch Silent Witness. BirtBox is the best option you have to watch the series outside the UK, especially in Canada, but the series will arrive a little late on BirtBox.

Silent Witness Season 26 is set to premiere on BBC in the UK. The series will release on Monday, January 2, 2023, and you can watch it with an ExpressVPN account from Canada. Follow these steps:

Silent Witness Season 26 is set to premiere on BBC One on Monday, January 2 at 9 pm. The international release date for the series is not announced, but we are sure it will land on BirtBox in the US and Canada.

The best way to watch Silent Witness Season 26 for free in Canada is with an ExpressVPN subscription. You can also watch Will Trent, The Resident Season 6, Big Sky Season 3, The Rookie: Feds, and The Rookie Season 5 (new episodes) with ExpressVPN.

If you are into dating shows, check out this guide to watch Love Island UK 2023 in Canada for free on ITV.

What To Expect From Silent Witness Season 26

Teaser information released by BBC about season 26’s first episode shows a man falling from a tall building, dragging the Lyell team into the depths of the criminal underworld of the notorious mafia group named the “Ndrangheta.” Backed by the National Crime Agency (NCA), Nikki sets out on an expedition for the truth, only to find herself embedded deeper and deeper within the mafia’s web as the investigation reaches murky depths.

Jack and Nikki – What Will Their Fate Be?

Viewers are keen to see the fate of Jack and Nikki, who wowed them with their cozy moments at the end of the last season. Nikki receives a text message from her ex Tom, who seems to make away with Oscar – played by David Leon – in the series’ final shot! Will the next season bring some well-deserved peace for Nikki? We are as excited to find out as you are!

Renowned for its issue-focused plots and dark scenes, Silent Witness season 26 is bound to have some gripping scenes. It covers dramatic scenes leading to the entry of new colleagues for Nikki and Jack, who cannot help but arouse suspicion in the show’s trailer. Nikki also announces that a mysterious individual wants them to stop the investigation.

When musing about the most sensible motive for murder that can justify its circumstances, she reaches one conclusion: murder for the sake of protecting one’s loved ones. The mystery revolves around the identity of entities hampering her investigation and seems to thicken as the case spirals further.

The cast is led by Emilia Fox, who is a British actress best known for movies like The Pianist and Dorian Grey. She also appeared in Ant & Dec’s Saturday Night Takeaway and Pride and Prejudice.

Next in line, we have David Caves, William Gaminara, and Tom Ward from Vanity Fair. Ward has also appeared in one episode of Doctor Who.

What Else Can You Watch On BBC?

BBC is one of the world’s oldest and most premium content producers. You can watch dramas like the Peaky Blinders and documentaries like BBC Earth on the free streaming service. Here are a few tv series you should check out on BBC:

The 26th Season of Silent Witness is set to air on BBC One on 2nd January, Monday. You can also stream Silent Witness Season 25 on BBC iPlayer. Mark your calendars for this epic thriller and find out Nikki’s fate once and for all!