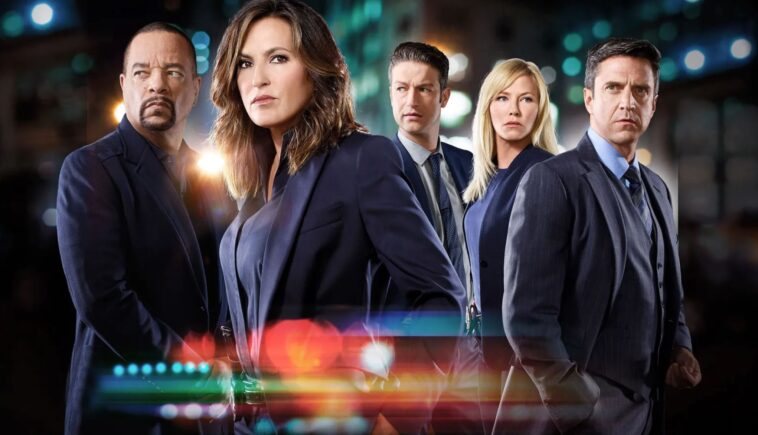 NCB ordered the 24th season of the American crime drama television series “Law and Order: Special Victims Unit” on February 27, 2020. It premiered with a crossover premier event on September 22, 2022, and is produced by Universal Television and Wolf Entertainment. David Graziano will be replacing Warren Leight in the 24th season, along with the addition of Molly Burnett in the cast.

If you are here to find out where to watch Law & Order: Special Victims Unit Season 24 in the UK or outside the US, read this guide to the last.

Since NBC is not accessible in the UK, you need an ExpressVPN subscription to change your IP address and access nbc.com.

How To Watch Law & Order: SVU Season 24 on NBC outside the US

The twenty-fourth season of Law & Order: Special Victims Unit was released on September 22, 2022, and ran for ten episodes. The series is back after the winter break, with the eleventh episode to air on Thursday, January 5, at 9 pm ET/PT, with the rest to follow on a weekly basis on NBC.

There is no word on the international release date for the series. Although you can watch it with an ExpressVPN subscription from outside the US. You can also watch Chicago Med at 8 pm (ET/PT), Chicago Fire at 9 pm (ET/PT), and Chicago P.D. at 10 pm (ET/PT) on NBC.

Here are a few new series releasing in January, Silent Witness Season 26, New Amsterdam, Will Trent, The Resident Season 6, Big Sky Season 3, The Rookie: Feds, and The Rookie Season 5 (new episodes). If you are into reality shows with a romantic touch, here is a complete guide to watching Love Island UK 2023 in the United States and Fantasy Island 2.

What To Expect From Law & Order: SVU Season 24

The show opens with an intricate nexus of events seemingly inter-connected. Benson, Stabler, and Cosgrove raid Sirenko’s house, only to uncover bomb-making in a secret room. Their contentions with the Deputy Mayor and the FBI fail, who refuse to budge and do not evacuate nine million people from the city.

Things get heated up as the team scrambles to find the backstory of the bombs: Stabler’s CI ends up dead in a shootout, Sirenko’s bodyguard refuses to budge and reveal the truth, and Stabler cannot help boil things up with the Deputy Mayor.

A Bomb And A Ticking Clock

Shaw eventually locates the bomb in a building, but Dixon refuses to let him diffuse it. In a theatrical event, Cosgrove locates Sirenko and manages to escape before the bomb blows up. Sirenko, determined to remain undefeated, takes hostages in a clothing store. He finally gets arrested in an alleyway by Shaw, Stabler, and Cosgrove.

A Whirlwind of Events

Law and Order: Special Victims Unit season 24 is no less than a whirlwind of action and crime. The Special Victims Unit gets placed with the Bronx Gang Unit because of McGrath’s recommendation, prompting even more mistrust. The squad also welcomes the new Detective Grace Muncy into the precinct, causing Valasco to question his standing in the group. Velasco is put in charge of training Muncy by Benson, while Fin teaches her how to respect fellow detectives and officers.

The squad is then made to investigate a pop star’s rape in an abusive relationship with her boyfriend. However, SVU comes face to face with a shocking discovery while investigating the home invasion and kidnapping. Soon enough, a young man contacts the SVU suspecting his boss’s ill intentions for his sister.

The team then investigates a violent man suspected of killing a detective’s child. All this while, the squad battles internal skirmishes and disputes while putting out fires in the precinct.

The Cast Of SVU Season 24

The cast of Law & Order: SVU is led by Mariska Hargitay as Captain Olivia Benson. She has been doing the role of Captain Oliva for about twenty years. Hargitay is an American actress best known for Leaving Las Vegas, Lake Placid, and The Devil’s Advocate. She has also appeared as a guest in numerous series, including Baywatch, Seinfield, and ER.

Hargitay is joined by Christopher Meloni as Detective Elliot Stabler. Meloni has appeared in big names like Man of Steel and Harold and Kumar Go to White Castle. He has also voiced the character of Jesus Christ in Rick and Morty and Lonesun in Solar Opposites. He has also acted in Hulu’s famous tv show, The Handmaid’s Tale.