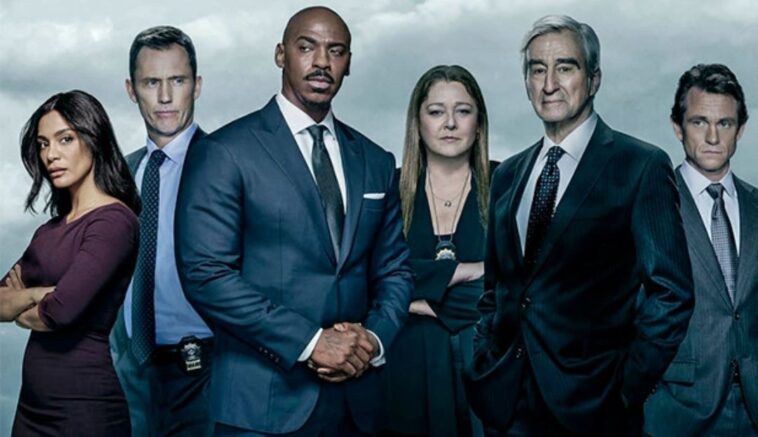 Law and Order is a long-running American legal and police procedural drama whose 22nd season premiered on NBC on September 22, 2022. Similar to its previous seasons, the show’s latest season has not disappointed viewers with its action-packed, juicy crime stories that prompt their favorite detectives to embark on a quest against notoriously hardened criminals.

The season was on a temporary pause due to the holiday season and is now back in full swing, much to the fans’ relief. Here is how you can watch the new episodes of Law & Order Season 22 from UK or Canada; read this guide to the last.

How To Watch Law & Order Season 22 Outside the US

Law & Order Season 22 started back in the 90s and became one of the most successful shows on NBC. The twenty-second season of the Law & Order franchise is available for streaming on nbc.com in the US, and here is a complete guide to watch it:

There is no word on the international release date of the series. Although you can watch Law & Order Season 22 in Canada & UK on NBC with an ExpressVPN subscription. You can also watch Chicago Med at 8 pm (ET/PT), Chicago Fire at 9 pm (ET/PT), and Chicago P.D. at 10 pm (ET/PT) on NBC.

Here are a few new series releasing in January, Silent Witness Season 26, New Amsterdam, Will Trent, The Resident Season 6, Big Sky Season 3, The Rookie: Feds, and The Rookie Season 5 (new episodes). If you are into reality shows with a romantic touch, here is a complete guide to watching Love Island UK 2023 in the United States, The Traitor, and Fantasy Island 2.

What To Expect From Law & Order Season 22

Law and Order season 22 is no different from its successor seasons: it is a crime procedural series with weekly episodes where seasoned detectives endeavor to solve crimes and go after suspected criminals that then the district attorney’s office attempts to prosecute. However, the episodes’ endings are only sometimes what the audience is expecting as they go on a thrilling journey of thought-provoking and relatable cases.

The 22nd season of Law and Order concluded the crossover event that started in the third premier of Law and Order: Organized Crime and developed on the season 24 premiere of Law and Order: Special Victims Unit. However, the show continues to unravel as a politician’s daughter is found dead after a possible mugging, and investigations by Shaw and Cosgrove uncover that something more sinister lurks behind this apparently random act of violence.

Crime and a Ticking Clock

Shaw and Cosgrove scramble to find the culprit of a gruesome subway shooting before the killer attacks again, while Maroun and Price debate over their morals when the U.S. Attorney’s office pushes for the death penalty for the case. But the murders don’t end here: Cosgrove turns to his former mentor for help in a young author’s murder and later struggles with Shaw to uncover the story of a murdered law student covering a nexus of lies and blackmail.

A Series of Offences

Shaw and Cosgrove track down suspects with little to no evidence when a fashion designer is mysteriously murdered on his boutique opening night. Maroun and Price attempt to straighten their case keeping the potential tarnish to the witness’s reputation aside. Cosgrove and Shaw are again faced with a dilemma as a celebrated military veteran is found murdered in his house and work with his daughter to uncover crucial pieces of evidence. The murders of a homeless migrant and an ex-con uncover even more gruesome coverups.

Sam Waterson is resuming the role of District Attorney Jack McCoy. Waterson is an American actor who has been in the industry for decades. He has worked in movies like The Great Gatsby and appeared in Hulu’s Dropout. Waterson has appeared in more than 380 episodes of Law & Order, starting from season 5 in 1994.

Camryn Manheim teams up with Waterson for the new season of Law & Order. Fans will recognize Manheim as Trooper Champlin from Scary Movie 3. She has also appeared in Big Shot, This Is Us, Two and a Half Men, etc.

Don’t forget to catch the 22nd season of Law and Order, filled with mysteries and thrillers, on NBC Thursdays and on Peacock the next day. We have tested ExpressVPN to watch NBC from outside the US, and it worked perfectly. Therefore we highly recommend it to watch new episodes of Law and Order season 22 from the UK and Canada.