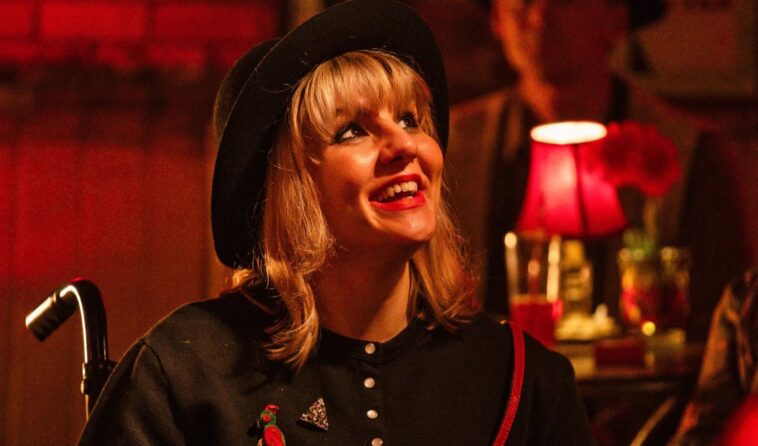 Then Barbara Met Alan is a drama TV film released and broadcast on the BBC on March 21, 2022. It has a runtime of 67 minutes and was co-directed by Bruce Goodison and Amit Sharma.

Unfortunately, BBC iPlayer is only accessible in the United Kingdom, but that doesn’t mean you can not use it from the United States or Canada. By following the below steps, you can stream Then Barbara Met Alan on BBC from Canada and USA:

The film centers on two cabaret performers, comic Barbara and activist-performer Alan, who fall in love after meeting during a show in 1989. They helped form DAN, the Handicapped People’s Direct Action Network, and spearheaded rallies for disabled people’s rights, which finally resulted in the Disability Discrimination Act of 1995, fueled by their enthusiasm and personal experiences of abuse by a racist and sexist culture.

As the movement expands and the couple has their kid, the strain on their relationship rises. The best fact about the film was that to increase aid for disabled groups, the production prioritized handicapped talent and visibility, with 17 disabled performers, 55 disabled supporting actors, and 50% senior editorial team representation.

Barbara Lisicki also contributed to the production by giving archive documents and historical advice to make the film as accurate as possible.

The film dealt with a very serious subject and something that needs to be much more present on the screen. Due to this, it received mostly positive reviews, which praised the actors, narrative, and attitude toward disabilities throughout the film.

It had an IMDb rating of 7.7 out of 10, making it one of the best telefilms ever produced by BBC.