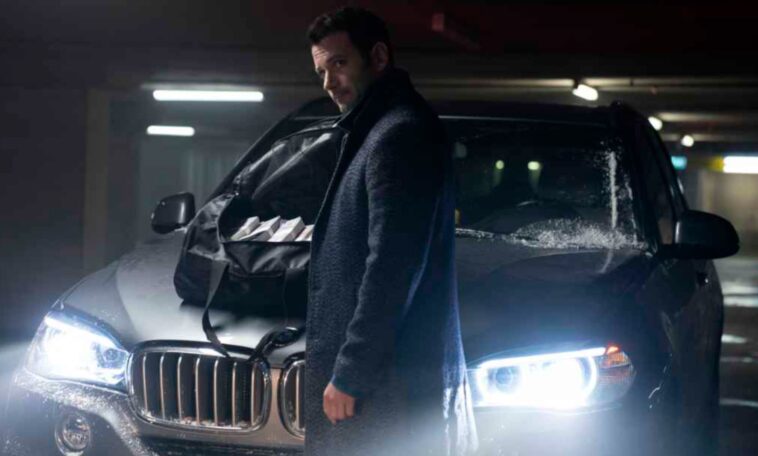 The life of crime may be challenging, but leading the life of clergy in a small town can be even more so! Irreverent is an upcoming crime drama about a mobster from Chicago who takes refuge in a small reef town in Australia while posing as a reverend. The television series features Chicago Meds star Colin Donnell as Paulo, a criminal on the run following a failed heist.

Created and executive produced by Paddy Macrae, Irreverent will arrive on Peacock on November 30, 2022. It will consist of ten 60-minute episodes. If you are wondering where to watch Irreverent in Canada, read this guide to the last.

Where to watch Irreverent in Canada?

If you don’t want to wait and want to stream Irreverent on Peacock from Canada, get ExpressVPN to change your IP address and watch it on November 30.

How to watch Irreverent in Canada on Peacock

The first season of Irreverent is set to debut on Peacock TV in the United States. To watch it from Canada, you will need a workable VPN service. We recommend ExpressVPN unblock Peacock in Canada and watch Irreverent. Follow these steps:

Irreverent is set to debut on Peacock on November 30, 2022. The first two episodes of the series will release on the same day, with the remaining to follow every Wednesday. There are chances for Irreverent to get released on Stan in Australia and on Now TV in the UK, but we are still waiting for an official announcement.

The trailer for Irreverent was released on the Peacock’s official YouTube channel. Here is the trailer:

When an American criminal mastermind is forced to go into hiding after a botched robbery, he decides to flee to Far North Queensland in Australia. However, things take an unexpected turn upon his arrival, and he eventually ends up pretending to be a new reverend at a church in a small beach town.

With no other place to run and hide, Paulo dons the persona of Reverend Mackenzie Boyd, better known as Mack. He also uses his past experiences and street smarts to cleverly create the ruse of a devoted clergyman – despite knowing nothing about the role of what it truly entails.

Since he has left behind the only life he had ever known, the fake reverend will go to extreme lengths to keep up with his charade because failure to do so would likely result in death.

It looks like Paulo’s troubles are only starting as he soon realizes that the townsfolk need someone to guide and connect them. With the community being cut off from bigger cities, the mobster thinks he just might be safe here. However, once his adversaries back in Chicago reignite their efforts to find him, his only way out would be to completely immerse himself in the role he has chosen to play and hope that he remains undetected.

The series will showcase the acting talents of P. J. Byrne, who is known for his role as Nicky Koskoff in Wolf of Wall Street. Byrne also played the role of Mr. Solomon in Blackish and will be seen in Shazam! Fury of the Gods.

After him, we have Kylie Bracknell, Tegan Stimson, Russell Dykstra, Wayne Blair, Jason Wilder, and Calen Tassone in lead roles. Here is the full cast from the crime-centric miniseries.

Peacock has become one of the best streaming services in the US. The Peacock team is heavily investing in content development. It will release new tv shows like Leopard Skin, The Calling, Once Upon a Time in Londongrad, and Pitch Perfect: Bumper in Berlin in November.

Peacock has something for everyone, like sports, animated series, and movies. You can watch FIFA World Cup 2022 in USA with a Peacock account or stream reality shows like Love Island USA, The Real Housewives series, and Hert to Hart.

The premium package is availabe at an affordable price of $4.99/mo or $49.99/year. You can watch limited content on Peacock for free by signing up. All you need is an email address to signup for a Peacock account.

Will Paulo end up getting too attached to his position in the church? Will he start caring about the people who trust and follow him? To find out answers to these questions, make sure to tune into Irreverent on Peacock this November.

If you reside in Canada, then get ExpressVPN and watch Irreverent on Peacock TV from Canada. We have tested ExpressVPN to watch Peacock, BBC iPlayer, and HBO Max from Canada and it worked flawlessly. Therefore we recommend it to all our readers and subscribers.