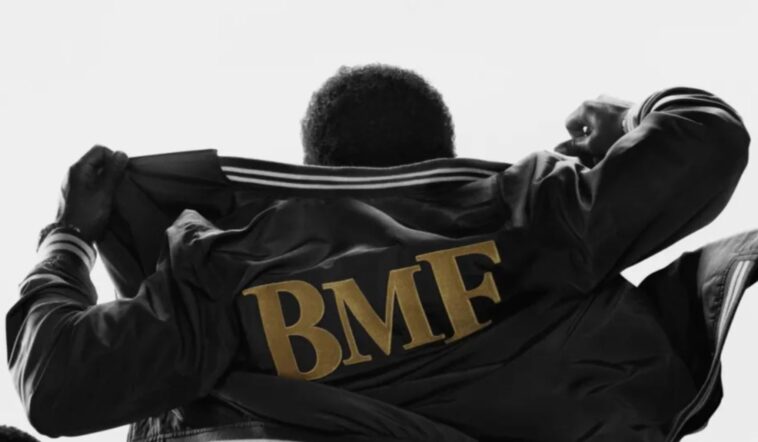 Retelling the story of one of the most notorious drug empires in the United States, The BMF Documentary: Blowing Money Fast presents viewers with a closer look into the lives of Demetrius Edward “Big Meech” Flenory and his brother Terry P.O. Lee “Southwest T” Flenory. Moreover, the documentary is a companion piece to the popular television series Black Mafia Family.

Executive produced by Curtis “50 Cent” Jackson, the title of The BMF Documentary: Blowing Money Fast is inspired by the name of the older Flenory sibling’s music label, BMF Entertainment, which served as a front for money laundering activities.

The film, which was initially supposed to be an eight-part series, will arrive on Starz on October 23, 2022. Here is everything we know about the biopic about two of the most renowned drug kingpins of modern times.

Where to watch The BMF Documentary: Blowing Money Fast in Canada?

The gangster documentary is heading to Starz in the United States. If you are looking to watch it, get a Starz account subscription and watch it. You can get the Starz subscription for $8.99/month.

The Canadian streamers who are looking to watch The BMF Documentary: Blowing Money Fast in Canada have to choose another method. Since Starz is unavailable in the US, you have to use a workable VPN to get a Starz account in Canada and watch the documentary.

How to watch The BMF Documentary: Blowing Money Fast in Canada on Straz

The trailer for the upcoming gangster documentary was released on Starz’s official YouTube channel and gained 1.2 million views. This shows the popularity of the upcoming series amount viewers.

Former companions, acquaintances, friends, and celebrities associated with the Black Mafia Family share their insights into one of the biggest cocaine businesses in the history of the United States.

Who are Demetrius and Terry Flenory?

Demetrius and Terry Flenory were the masterminds behind the Black Mafia Family. This cocaine empire was established in 1985 and gradually developed into one of the largest drug distribution businesses in the country, with direct ties to the infamous drug cartels south of the border. Most of their operations were based in Atlanta and Los Angeles. While Demetrius looked over the distribution channels in Atlanta, Terry was responsible for managing shipments coming into LA.

In the early 2000s, Demetrius started BMF Entertainment as a music business to promote aspiring hip-hop artists. On the surface, the company supported several well-known hip-hop enthusiasts and even served as a record label for Bleu DaVinci. However, behind the scenes, the organization used the seemingly legitimate agency to launder money and to conduct other illicit businesses.

Though the investigations into the Black Mafia Family began in the 1990s, it wasn’t until 2003 that DEA put together a special task force to infiltrate the drug business, obtain testimonies from its members, and acquire relevant information. The Flenory brothers were arrested in 2005 and charged under the Continuing Criminal Enterprise Statute, each receiving a 30 years prison sentence.

The BMF Documentary will be released on Starz on October 23, 2022. You can watch the series on Hulu, Prime Video, and Roku in the US. Canadians can watch Blowing Money Fast on Straz with ExpressVPN for $6.67/month.

User and critics’ reviews and ratings are still unavailable on IMDb or Metacritic.

Several movies and tv shows are blocked or geo-restricted in specific regions and countries. But with a VPN, you can access all of them. Here are a few of them:

Suppose you are eagerly waiting for season 2 of Black Mafia Family or have an interest in criminal documentaries. In that case, you should definitely add The BMF Documentary: Blowing Money Fast to your to-watch list this October.

Watch The BMF Documentary: Blowing Money Fast in Canada on Straz with ExpressVPN. We have tested ExpressVPN to unblock Straz, Peacock, Paramount, etc, and it worked perfectly. Therefore it is highly recommended to have an ExpressVPN subscription to unblock geo-restricted streaming services.