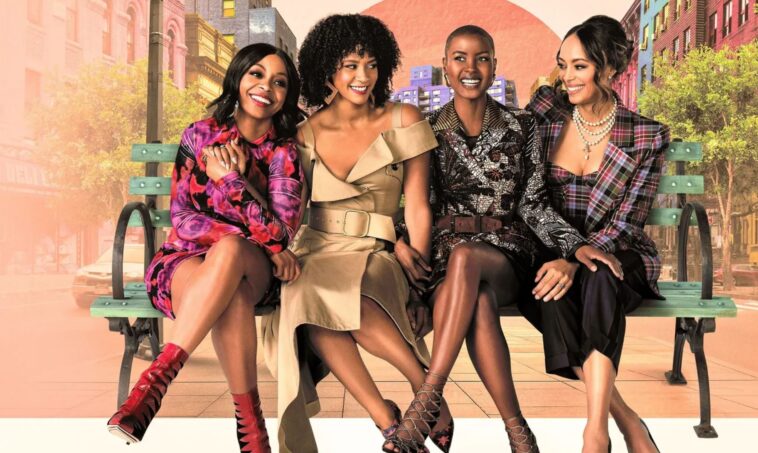 Run the World, a comedy series that chronicles the vibrant lives of thirty-something African American women in Harlem is heading back to your television screens with a brand-new season. Set in Harlem, the television show follows four lifelong best friends with roots in the South as they navigate their successful professional lives and messy relationships.

Written and created by Leigh Davenport, Run the World debuted on Starz on May 16, 2021. Following positive reviews from critics, the show was renewed for a second season, which will premiere on September 4, 2022, and if you are wondering where to watch Run the World season 2 in Canada, read on.

The second season of the American comedy series “Run the World” is set to debut on Starz on September 4, 2022. If you are in the United States, then all you need is a Starz subscription, and you are all set to watch Run the World season 2.

If you reside in Canada, then follow these simple steps to watch Run the World Season 2 from Canada:

If you reside in Canada, bad luck because Straz is not accessible in Canada due to geo-restrictions. But don’t worry and follow these steps to get a Starz account subscription in Canada:

Filled with references to Sex and the City, Run the World tells the story of four African American women who have known each other through the ups and downs of their dramatic lives and are fiercely loyal to each other. Deemed to be unapologetically female, the comedy series presents a unique look into the vibrant and upbeat lives of thirty-somethings living and working in Harlem.

One of the show’s main characters is Whitney Green, a thriving banker with an affinity for pleasing people. She is also a type-A woman who is busy planning her wedding. Then there is Ella McFair, a love-worn writer trying to adjust to her new job following an unsuccessful book release. Next is Renee Ross, an ambitious yet cheeky marketing professional dealing with a dysfunctional marriage. Last but not least, Sondi Hil completes the group of friends with her aspirational gloss as a doctoral student in a relationship with her advisor.

Season 2 of Run the World will showcase the BFFs continuing their efforts to achieve their respective dreams while striving for world domination. The upcoming episodes will likely not feature Ella, as she disappeared at the end of Season 1 to work on her next novel.

With a score of 100% on Rotten Tomatoes, the first season of Run the World turned out to be a hit among critics and general viewers. The series also has a rating of 5.8/10 on IMDb based on 1.1k user reviews.

There are a number of streaming services like Hulu and HBO Max that you can unblock with ExpressVPN and watch trendy shows and movies. Here are some movies and TV shows you should consider watching:

If you like watching comedies, then you will love this show. Watch Run the World Season 2 in Canada on Starz. Get ExpressVPN now and unblock Starz from Canada.

We tested ExpressVPN with Starz, HBO Max, Hulu, and several other regionally restricted services, and it worked perfectly. Therefore we highly recommend getting an ExpressVPN subscription to cater to all your streaming needs.