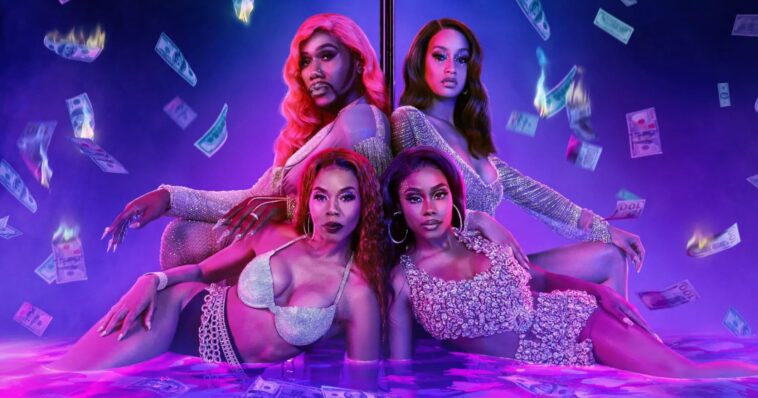 P-Valley, an American drama series, will release its season two in June 2022. The show, in general, is adapted from Katori Hall’s Play, Pussy Valley, with the plot revolving around a few people working at a strip club. The show is directed by Karena Evans, in association with Chemin Entertainment. The production of season two started in June 2020. However, the release was halted due to the COVID-19 pandemic. Finally, the season will premiere on June 3, 2022, on Starz and if you are wondering where to watch P-Valley season 2 in Canada then read on.

How to watch P-Valley Season 2 on Starz in Canada

Starz is relatively a new streaming service available only in the United States. If you are in Canada and wondering how you can stream P-Valley season 2 in Canada on Starz then follow these steps:

Many familiar faces from P-Valley season one are recurring in the second season, including Brandee Evans as Mercedes, Skyler Joy as Gidget, Elarica Johnson as Autumn Night, and Harriet D. Foy as Pastor Woodbine. The season’s storyline revolves around Uncle Clifford and Hailey fighting over the throne. Mercedes will also struggle to get her daughter’s custody back and will still fight with the big Goliath.

This time, the show will focus more on the characters’ backstories about what led them to work in the Pynk strip club. The series also shows how the pandemic affected the club workers and what they did to survive.

P-Valley Season 2- Ratings And The Reviews

While season one had excellent reviews from Rotten Tomatoes, with a score of 100% based on 32 critic reviews and a 7/10 rating on IMDb, fans are expecting nothing less than this from the P-Valley, season two. Metacritic also gave the show a score of 85/100, indicating universal acclaim. Let us see what season two holds for the audience this time!

With a VPN you can unblock geo-restricted content from all over the world. You can watch the Harry Potter movies on Netflix, Westworld on HBO Max, etc. You can also watch Outlanders Season 6 and Gaslit on Starz from Canada.

The ten-episode series will be an array of suspicious events, forcing its viewers to think about what will happen next! Do not forget to watch season one for some backstory before the new season releases. Starz will release all the ten episodes, premiering on June 3, 2022, and if you are in Canada and want to stream P-Valley season 2 in Canada then use ExpressVPN.