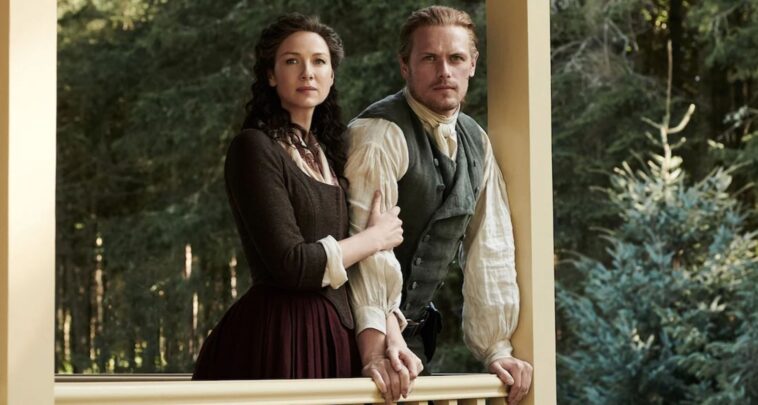 Hello everyone. Your favorite Starz TV show is back and so are we to cover how you can stream Outlander Season 6 on Starz from anywhere in the world.

For those who don’t know, Outlander is a historical drama TV series developed by Ronald D. Moore and stars Caitríona Balfe and Sam Heughan. The show is based on Diana Gabaldon’s ongoing novel, Outlander. The show has been airing since 2014 and has completed its run for 5 seasons so far with the sixth season being scheduled for a premiere on March 6, 2022.

Outlanders is one of the best on-screen work by actress Caitríona. The story revolves around a nurse sent back in time and now she has to deal with the same consequences in a different timeline.

The sixth season of Outlander is only streaming on Starz, which is only available in the United States. But don’t worry just follow these simple steps to watch Outlander Season 6 in Canada without cable

Starz is offering a special deal in which you can get 3 months of Starz subscription for $4.99.

Can I Get a Starz Subscription in Canada or Outside the US?

Getting a Starz subscription in Canada becomes easy with a VPN. All you need is a workable VPN and Paypal account to get a Starz account in Canada. Follow these steps to get it.

Outlander is available on a number of streaming platforms, we have listed some of the best-known OTT platforms where you can watch the show.

How to Watch Outlander Season 06 in the United States

In the US, Outlanders is streaming on Starz in the United States, If you are outside the US and want to stream Outlander Season 06 then use a VPN and watch the show.

Outlander season 06 will air on March 6, 2022, at 9 pm ET/PT in the United States. If you don’t have Starz then get a subscription for $5/month for three months. Another alternate is the Starz channel addon on Prime Video. Prime Video is offering a 30-day free trial.

In both cases, if you are residing outside the US, use a VPN to stream Outlanders in the United States.

How to Watch Outlander Season 06 in Australia Without Cable

Foxtel Now is an online streaming platform containing 70+ channels, you can get it for $25 with a 10-day free trial. If you are outside Australia then use a VPN to watch Outlander Season 6 from anywhere.

Where to Watch Outlander Season 6 in the UK

In the United Kingdom, you can watch Outlander Season 6 on StarzPlay. The only possible way to watch the series is through the StarzPlay channel on Amazon Prime. You can get the StarzPlay channel for £1.99 per month for the next six months, £5.99 will be charged on the seventh month and every month after it.

Only a StarzPlay subscription won’t help you in streaming Outlander Season 6 in UK, you have to get a Prime Video subscription on top of it which will cost £7.99/month after a 30-day free trial.

Can I Watch Outlander Season 6 in Canada?

Outlander Season 6 is available on W Network in Canada, new episodes will broadcast every Sunday 9 pm ET/PT from 6th March. You can also watch the TV shows online on W Network’s website at the same time.

If you are outside Canada then use a VPN and watch Outlander Season 6 in Canada.

What Else Can I Watch on Starz?

There are a number of movies and TV shows on Starz that you can watch online with a 3 month Starz subscription for $4.99. Some of Starz’s content is listed below

Outlander Season is scheduled to release on 6 March 2022 on Starz in the United States.

2- Where to Watch Outlander Season 6 Online without cable?

You can watch Outlander Season 6 without cable on Starz from anywhere in the world with a VPN. The show is also available on Prime Video and can be accessed via Starz channel addon

3- Can I Watch Outlander Season 6 on Roku?

Yes, you can watch Outlander Season 6 on Roku with the Starz channel addon.

4- What channel is Outlander Season 6 available on?

In the US the series is available on Spectrum on Demand, Direct TV, Starz (Amazon Channel) and Starz (Roku Channel)

Outlander has come a long way and thus, has had a lot of key plot developments. However, the synopsis for the show remains the same – the struggle of a World War II nurse who is somehow transported back in time (1743), is now married to and living with a Jacobite warrior Jamie Fraser, while also serving as the movement’s healer.

Her knowledge of the future is what changes the show’s narrative and makes the events of the Jacobite uprising (17th-18th century movement) all the more interesting.

The historical action drama has a mammoth cast and it’s therefore almost impossible to list all the cast members. However, some key members of the show’s cast include Caitríona Balfe as Claire Beauchamp Fraser, a time-traveling nurse who’s now in the 1740s.

In 2012, it was rumored that Sony acquired the rights for a show based on Gabaldon’s novel. The news was confirmed in November, the same year when Sony completed the deal with Starz. A writing team was brought on board under Ronald Moore in April 2013.

By June, Starz had a 16-episode order. The series began airing in 2014 with the first episode airing on August 9. The first season was the longest, running for 16 episodes and ending on May 30, 2015.

The show was renewed for another season after the first episode of the series aired. The second, the third, and the fourth seasons each had 13 episodes and were well received by the audience as well.