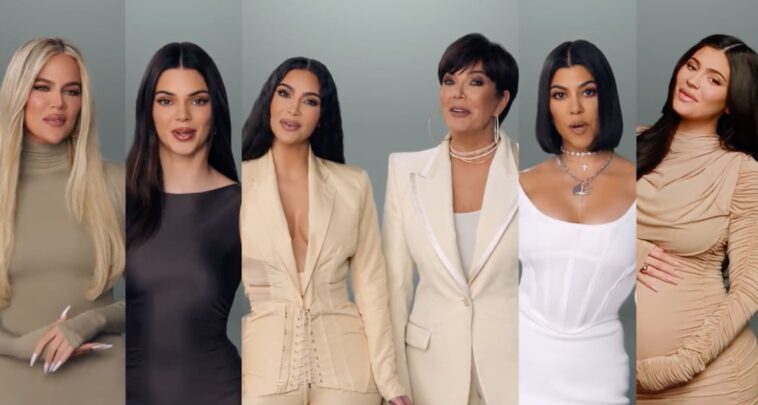 After the success of Keeping Up with the Kardashians, Hulu disclosed that the family signed a major deal to produce a new show, The Kardashians. Khloé Kardashian confirmed that this new show would drop in early 2022. Different sources hint at the arrival of this show, but the teaser released on December 31, 2021, confirmed the production of this new series. Later on, a full trailer aired on February 21.

Keeping Up with the Kardashians is an American television show. Its premise originated with Ryan Seacrest, who also served as an executive producer. The series was broadcasted on the “E! Cable Network” on October 14, 2007. After running for 20 seasons, the show became one of the US longest-running real-life television series. Furthermore, the series culminated on June 20, 2021.

If you are wondering where to watch The Kardashians Season 2 in New Zealand and Australia, then you have landed on the right page.

How to Watch The Kardashians Season 2 in New Zealand & Australia The Kardashians Season 2 is a brand new show coming exclusively to Hulu in the US. Australian fans are still in doubt about the show streaming in Australia. You can easily watch The Kardashians on Hulu if you are based in the US, but if you are located outside the US, Hulu won’t be accessible.

But don’t worry, follow these simple steps to stream The Kardashians Season 2 in Australia on Hulu:

Can I Get a Hulu Account in New Zealand and Australia?

Where Else Can I Watch Keeping Up with the Kardashians in Australia?

Can I Watch The Kardashians Prequal on Netflix in Australia?

What Else Can I Watch on Hulu from Australia?

you can watch a number of American TV shows and movies. Hulu has one of the biggest content libraries in the US just after HBO Max. Here are some shows that are exclusively streaming on Hulu.

The official trailer for The Kardashians Season 2 dropped on 29th August 2022 and gained more than 8 Million views on YouTube. This shows how much love the viewers have for the Kardashian sisters.

The Kardashians Season 2– What is the show about

This reality-based series centers on the personal and professional lives of the combined family of Kardashian–Jenner. The main characters of this blended family are sisters Kim, Kourtney, and Khloé Kardashian and their half-sisters, Kendall and Kylie Jenner. In contrast, other characters include their parents, Kris and Caitlyn Jenner, and brother, Rob.

The Kardashians Season 2– What to Expect from the New Season

Kris revealed that in the Kardashian, we would see the development in the relations among the family, and the audience will love watching them again.

The trailer shows the Kardashians family celebrating Kourtney and Travis Barker’s engagement. However, the trailer raises the hope of Jenner’s sister taking the main stage for the family in the next season. She was less involved in the culminating episode of Keeping Up with the Kardashians. Kylie Cosmetics’ entrance was also seen in the trailer, making viewers curious about Kylie’s role as a businesswoman.

Kim’s Saturday Night Live hosting debut also appeared, which will focus and grab the audience’s attention towards Kim’s relationship with Kanye West. During the celebration of Kourtney and Travis Barker’s engagement, the involvement of Travis Barker seems significant. The couple was later seen in the restaurant, and viewers also liked the scene when Travis was drumming for Kourtney, which means the will center these two characters.

The show’s focus on the personal life of Kourtney shocked the audience as Kourtney completely quit the show after a physical argument in the last show. The audience is hoping for a worth-see return of the Kardashians and the cast several times reveals that the show will up to the mark, which makes the viewers more curious and excited than ever before.

Keeping Up with the Kardashians – Ratings

Keeping Up with the Kardashians has gained the attention of high viewership ratings, becoming one of the network’s most successful shows. The show also won audience awards. IMDb rates it 2.8/10 but Keeping Up with the Kardashians was successful in its first month. The show received 1.3 million total viewers and became the highest-rated series that premiered on Sunday nights for adults.

The show is also available for purchase on Apple iTunes & Microsoft Store, a limited number of seasons are available on Telstra TV, Google Play Movies, and Fetch. The best way to watch the new Kardashians show is on Hulu from Australia.