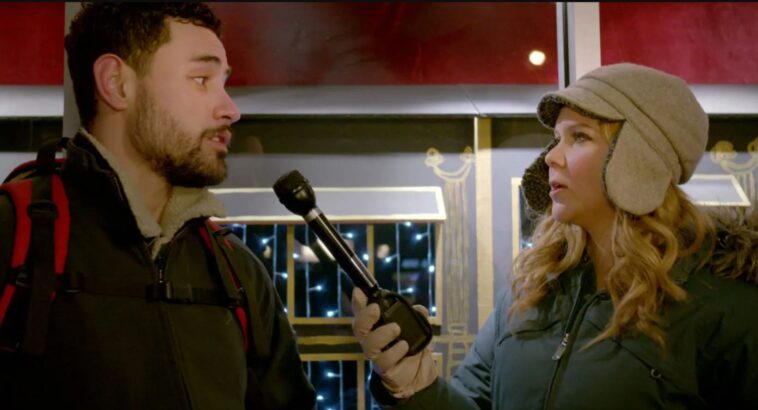 After a six-year hiatus that undoubtedly felt a lot longer, Inside Amy Schumer is returning to Paramount+ with five new episodes of her hit sketch comedy series. The Emmy and Peabody Award-winning television show, which stars renowned comedian and actress Amy Schumer, is known for its side-splitting skits, hilarious standup comedy, and entertaining interviews with celebrities and the general public.

Unfortunately, the show went off-air in 2016 following the election of former President Donald Trump, as it reportedly left Schumer “totally depressed.” However, season 5 of the television series is set to arrive on Paramount+ on October 20, 2022, with the first two episodes dropping on the same day.

If you are wondering where to watch Inside Amy Schumer season 5 in Canada, you have landed on the right page.

Where to watch Inside Amy Schumer Season 5 in Canada?

Created and executive produced by Schumer and Daniel Powell, Inside Amy Schumer, premiered on April 30, 2013. Owing to the critical acclaim, it was renewed for four consecutive seasons, and the fifth season is set to debut on Paramount Plus in USA and Australia but not Canada.

The previous four seasons are available on Crave and CTV for streaming, but there is no news of Inside Amy Schumer Season 5 landing on Crave or CTV.

You can watch Inside Amy Schumer Season 5 on Paramount Plus from Canada with ExpressVPN. All you need is an active Paramount account subscription.

Inside Amy Schumer Season 5 is heading to Paramount Plus in the United States and Australia. If you reside in any of these, then you can watch it with an active account.

Canadian streamers will have to get a workable VPN to change their IP address and watch Inside Amy Schumer Season 5 from Canada on Paramount. Follow these steps:

Paramount Plus is availabe in Canada for $11.99/month. Here are the complete pricing packages:

The trailer of Inside Amy Schumer Season 5 just got released on the official YouTube channel of Paramoujtn Plus. It has managed to gain 1.7 million views in a few days showing the popularity of the series.

The new episode of Inside Amy Schumer will likely have a similar format as that of the last four seasons. It will show Schumer doing short sketches, cracking jokes, conducting funny interviews, parodying important events (both real and fictional), and, most importantly, engaging in dialogue over topics pertaining to sexuality and gender.

The latest trailer for the new season shows the show’s star taking on various roles this year. From becoming a mother and an artist to embodying an astronaut and a professional yeller, Schumer will put on many different hats in season 5 of her highly anticipated series.

Although the details about the brand-new season are being kept under wraps, some of the information about the latest sketches is already out. The new episodes will showcase skits such as “Fart Park,” “Home Spanx,” “Second Amendment,” “The Last Noelle,” and more.

Who Will Appear in Season 5?

While Schumer remains a permanent fixture in every segment featured on the comedy show, its upcoming season will also have a slate of familiar faces. Some of the celebrities set to appear on Inside Amy Schumer Season 5 are Olivia Munn, Cara Delevinge, Amber Tamblyn, Chris Parnell, Tim Meadows, Ellie Kemper, Jesse Williams, Bridget Everett, Michael Ian Black, and Laura Benanti.

What else can you watch on Paramount Plus

Paramount is one of the oldest film studios in the United States. The studio gave us some movies to remember, like Interstellar, The Godfather, Shutter Island, etc. Here are some movies and tv shows you should check out on Paramount+

We have tested ExpressVPN to unblock Paramount Plus in New Zealand, Canada, and other countries, and it worked flawlessly. Therefore we highly recommend getting an ExpressVPN subscription for $6.67 to satisfy your streaming quench.