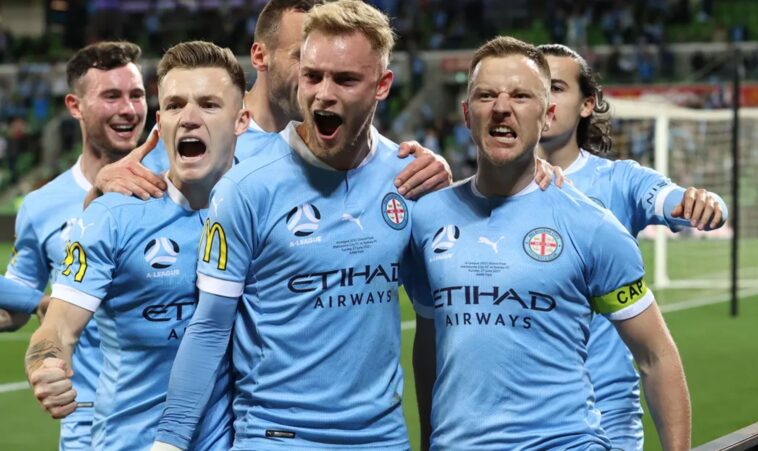 Sky Blue: Inside Sydney FC is an upcoming documentary series presenting fans of the sport with an exclusive glimpse inside one of the most popular football clubs in the world. It will also take viewers behind the scenes of the most crucial year in the history of the club by focusing on the 2021/22 A-League campaigns.

Narrated by Golden Globe and Primetime Emmy Award winner Anthony LaPaglia, the docuseries will premiere on Paramount+ on September 30, 2022. It is produced by Mint Pictures and consists of four parts. If you have to learn more about Sky Blue: Inside Sydney FC, you have come to the right place. If you are here to find out where to watch Sky Blue: Inside Sydney FC in New Zealand then you have landed on the right page.

How to watch Sky Blue: Inside Sydney FC on Paramount+ in New Zealand

Paramount Plus is yet to release a trailer for Sky Blue: Inside Sydney FC. We have included a video from the Sydney FC YouTube channel for your reference:

The men’s and women’s teams of Sydney FC went through a rough patch in 2021 after losing the 2021 Grand Final in Melbourne. However, both teams have set their minds on redeeming themselves and returning home as heroes by putting in their blood, sweat, and tears.

A Perfect Watch Ahead of A-League seasons

Sky Blue: Inside Sydney FC is an ideal sports documentary for football fans looking forward to the Isuzu UTE A-League and Liberty A-League seasons. It will capture the real-life events that could boost the teams’ morale and give them hope or lower their chances of triumph and result in despair. Moreover, the series airs shortly before the club moves to its new stadium, making it even more impactful.

The docuseries will feature interviews and video clips of various coaches, players, staff members, and fans to showcase how the football cup plans to make its grand comeback. Since the camera crew has followed the men’s and women’s teams around for the entire season, Sky Blue: Inside Sydney FC is bound to provide the viewers with access to all the drama that took place in the stadium and outside of it.

Football fans in Australia are searching for a Sky Blue: Inside Sydney FC release date. The documentary is set to release on September 30, 2022, on Paramount Plus.

What else can you watch on Paramount+ with a VPN?

Paramount has some of the best movies and TV shows in its arsenal. Movies like Top Gun: Maverick and tv shows like Halo are some of Paramount’s key selling points. Here is a list of content you should check out in 2022 on P+:

Sky Blue: Inside Sydney FC is a brilliant treat for those who ardently follow football or have a soft spot for Sydney FC. So, check out the sports docuseries on Paramount+ from the United States, Canada, or anywhere else in the world.

If you reside in New Zealand or a country where Paramount+ is unavailable, then get ExpressVPN and stream Sky Blue: Inside Sydney FC. We have tested ExpressVPN with Peacock, Paramount, Hulu, etc. It worked perfectly and we highly recommend it to all our readers to watch geo-restricted content online.