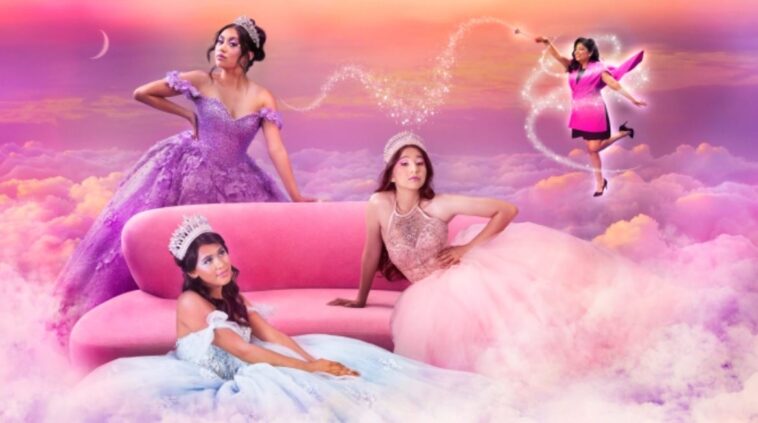 Based on the top-rated YouTube series by AwesomenessTV, My Dream Quinceañera is a coming-of-age series that showcases teenage girls’ dramatic struggles as they get ready to celebrate the most crucial birthday parties of their entire lives.

Produced by Awesomeness and executive produced by Teresa Hsu of Project Runway, the reality web series first aired in 2019 and ran for 39 seasons with more than 230 episodes. However, the show is now heading to Paramount+, with the new episodes premiering on September 16, 2022.

The upcoming season will consist of ten episodes, with the first three episodes airing on the same day and the remaining arriving on the streaming platform every week. If you are wondering where to watch My Dream Quinceañera from New Zealand on Paramount, then read on

How to watch My Dream Quinceañera in New Zealand on Paramount

Paramount+ is yet to release an official trailer for the reimagined My Dream Quinceañera on YouTube. However, the new teaser image has already been released on social media. It shows the three teenagers posing in beautiful gowns with Maria Perez waving her magic stick like a fairy godmother.

The reimagined version of My Dream Quinceañera will revolve around three Southern Californian teens named Bayle Delgado, Romi Herrada, and Angelica Luna. With their 15th birthdays fast approaching, the girls must prepare everything for their coming-of-age party, which is considered a rite-of-passage in Latin culture, symbolizing their entrance into womanhood.

Planning a quinceañera is no easy feat with so many different elements. Hence, the teenagers will rely on the expert opinion of acclaimed quinceañera planner Maria Perez. She will help the stars of the show with matters ranging from dresses and color themes to food and décor.

The journey to the dream birthday parties will be filled with lots of fun, laughter, drama, and even some tears – of joy, of course. After all, which 15-year-old wouldn’t want to have a quinceañera that becomes the talk of the town for weeks to come?

My Dream Quinceañera- Release and Reception

The latest season of My Dream Quinceañera is yet to arrive on Paramount+. Therefore, its ratings are not currently available. However, with the original being one of the most highly watched web series on AwesomenessTV, the upcoming series is expected to attract a large number of viewers.

Paramount is one of the oldest players in the business. Here are some movies and tv shows on Paramount that you should watch: