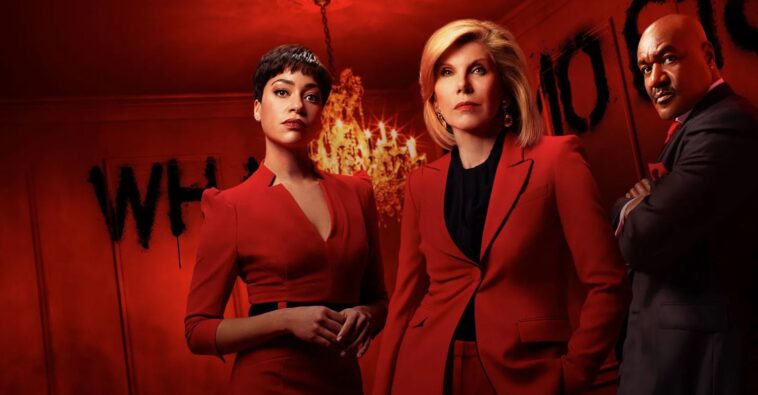 Only a few television shows have accurately captured the absurdity and surrealism of the US political landscape in the past six years – and The Good Fight is one of them. The legal drama, which serves as a sequel to The Good Wife, has explored subjects like police brutality and the rise of extremism with a fresh perspective. However, it is now gearing up for its final season.

Created by Robert King, Michelle King, and Phil Alden Robinson, the spin-off debuted on CBS on February 19, 2017, and ran for five successful seasons. Its sixth and last season is heading to Paramount+ on September 8, 2022, and if you are wondering where to watch The Good Fight in Canada and New Zealand, then read on.

How to get a Paramount Plus subscription from Canada & New Zealand?

Paramount Plus is expanding its reach and is now available outside the US in several countries. If you can’t find Paramount’s availability in Canada and New Zealand, then follow these steps:

The official trailer for the final season of The Good Fight was released on YouTube on August 3, 2022. The clip shows a demoralized Diane struggling to deal with the violence raging across the US in the aftermath of the events of season 5.

The final season of The Good Fight will pick up right after the events of season 5, focusing on the growing nationalism and violence across the country that threatens the rule of law. The new episodes will show the beloved lawyer Diane Lockhart and her colleagues at Reddick, Boseman & Lockhart wondering if they should prepare themselves for an oncoming civil war.

Given the current state of affairs in the US, with the Supreme Court overturning Roe v Wade and the return of Cold War-era aggressions, the themes explored throughout season 6 are likely to make the audiences experience an uneasy wave of déjà vu. However, with Diane expected to shake off her despair despite the chaos in her personal life and the country, the series is likely to end on a high note.

The Good Fight is one of the most critically acclaimed television series on Paramount+. The show and its cast members have been nominated for Primetime Emmy Awards, Golden Globe Awards, Critics’ Choice Television Awards, and others over the past six years.

Moreover, it scored 95% on Rotten Tomatoes and enjoyed a rating of 8.3/10 on IMDb based on 27k user reviews.

What Else Can You Watch with a VPN?

There are several movies and TV shows you can unblock and stream from Canada and New Zealand with a VPN service, some of them are listed below:

If you are into the crime and drama genre, then you would love the sixth season of The Good Fight. The series will premiere on Paramount Plus in the United States and if you are wondering where to watch it in New Zealand, watch it on Paramount with ExpressVPN.

We have tested ExpressVPN with several streaming services like HBO Max, Hulu, and BBC iPlayer, and it worked flawlessly. Therefore we highly recommend using ExpressVPN to unblock restricted content and enjoy your favorite movies and tv shows.