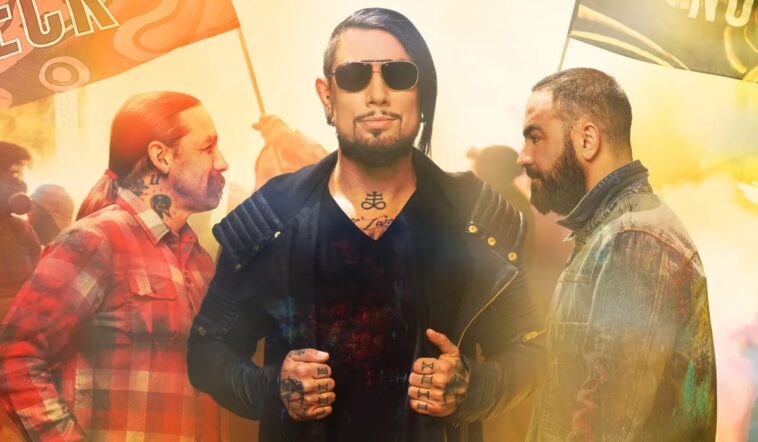 After being canceled in 2020, Ink Master is returning to Paramount+ with a panel of new judges, a new host, and a new prize. Formerly known as Spike, the popular reality competition features experienced tattoo artists, giving them a platform to showcase their skills.

Executive produced by Glenda Hersh, Steven Weinstock, and Andrea Richter, Ink Master debuted on January 17, 2012, and ran for 13 seasons before getting the ax. However, the streamer decided to revive the beloved television series in 2021. After being off-air for two years, the show is heading to your television screens on September 7, 2022.

The upcoming season will consist of ten episodes and if you are wondering where to watch Ink Master in Canada, then read on.

How to Watch Ink Master in Canada on Paramount+

Formerly known as Spike, the reality tv show is returning to Paramount Plus in the United States. If you are in Canada and wish to watch Ink Master on Paramount then follow these simple steps:

How to get a Paramount Plus subscription from Canada?

Paramount Plus is expanding its reach and is now available outside the US in several countries. If you can’t find Paramount’s availability in Canada, then follow these steps:

The YouTube channel “Paramount Plus” released the official trailer of Ink Master Season 14 on August 22, 2022. The clip shows fan-favorite tattoo artists returning to the competition to win the cash prize and the legendary title of Ink Master.

Ink Master is a reality television competition that evaluates tattoo artists on the basis of their tattooing skills and artistic capabilities. All episodes of the show, except the finale, follow a similar format that includes two challenges.

The first is Flash Challenge, where the contestants are asked to participate in a task that tests their non-tattoo-related talents – such as painting, etching, haircutting, etc. Those who excel in this round win the right to select their human canvas for the following challenge. The winner can also choose human canvases for the rest of the contestants.

The Flash Challenge is followed by the Elimination Challenge, where the tattoo artists are given four to six hours to tattoo their designs onto their human canvas. These designs are examined by a panel of judges, who then select four contestants to represent the two top and two bottom artists of the week. Though the breakdown can change, the episode usually ends with one contestant going home.

It is also pertinent to note that Good Charlotte lead vocalist Joel Madden will host the upcoming season of Ink Master. Moreover, Ink Master Season 8 winner Ryan Ashley, celebrity tattoo artist Nikko Hurtado, and industry veteran Ami James will serve as judges on the show. The prize money has also been increased to $250,000 for Season 14.

What else can you watch on Paramount+ From Canada?

Paramount Plus is one of the oldest movie houses in the world. You can enjoy watching tons of movies and TV shows, including:

If you like watching reality TV shows, this series is for you. Watch Ink Master from Canada on Paramount Plus with ExpressVPN. We tested ExpressVPN with Hulu, HBO Max, and several other restricted streaming channels, and it worked perfectly fine with them.

Therefore we highly recommend getting ExpressVPN to cater to all your streaming needs.