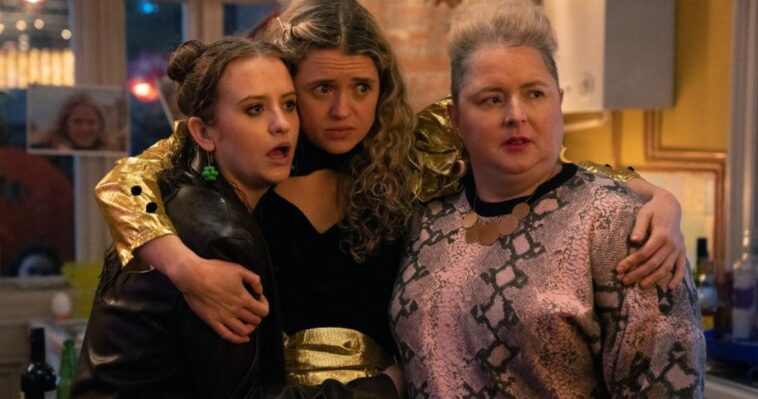 Having superpowers while living in a world of ordinary human beings can make you feel unique, but what happens when everyone around you has a superpower while you are the only odd one out? Extraordinary is an upcoming comedy series that revolves around a young woman waiting for her gifts to manifest in a world where everyone has been blessed with a little something special.

If you are here to find out where to watch Extraordinary in the United States, you have landed on the right page.

Where To Watch Extraordinary In The United States

How To Watch Extraordinary On Disney Plus From The US

Extraordinary Season 1 is set to premiere on Disney Plus in Canada, UK, and internationally. If you reside in the United States, get an ExpressVPN subscription and watch Extraordinary on Dsiney+. Follow these steps:

4- Now open disneyplus.com in your browser or app

5- Search for Extraordinary Season 1 on Disney+ in the US

The first episode of Extraordinary season 1 is set to premiere on Wednesday, January 25, 2023. The series will have eight episodes in the first season, which will premiere on Disney Plus on a weekly basis.

You can watch How I Meet Your Mother, Modern Family Season 11, Big Bet, and The Kardashians Season 2 with an ExpressVPN subscription. If you are into reality shows, here is a complete guide to watching Love Island UK in the US.

What To Expect From Extraordinary Season 1

Set in a world where everyone gets a superpower when they turn 18, Jen is a highly self-conscious 25-year-old who is still waiting to receive hers. Painfully aware of her lack of powers, she lives in a shared apartment with her best friend, Carrie, and Carrie’s boyfriend, Kash. Occasionally, she hooks up with a guy named Luke, who is a little flighty but can also literally fly.

A Lot of Desperation and a Bit of Hope

Feeling like she is stuck in life and cannot move forward, Jen has nothing in her arsenal except hope and her trusted roommates. While she repeatedly tells herself and others that she would gladly accept anything at this point, she wishes for something meaningful and important. Thus, with no knowledge of how to navigate a world she barely understands, Jen embarks on a mission to find her superpower – because she must have one, right?

Living in a World Full of Powered Individuals Can Be Tough

The trailer for Extraordinary shows just how tough life is for Jen. The clip starts with Jen appearing for a job interview and going on an unstoppable tirade about her personal life after presenting her resume to the panel. However, just as she begins to get humiliated by her unfiltered and unsolicited disclosure of embarrassing details, an interviewer politely informs her that it all happened because of their power. They go on to ask Jen about her powers, as they are not mentioned in her resume, to which she tells them she still hasn’t received hers.

The Cast Of Extraordinary Season 1

Created by Emma Moran, this innovative British comedy arrives on Disney+ on January 25, 2023. It consists of eight episodes, which will premiere on the same day. Moreover, the show stars an ensemble of rising talent, with Irish actress Máiréad Tyers playing the lead role.

Poldark actress Sofia Oxenham and Derry Girls alum Siobhan McSweeney also join her in the main roles. Joining the ladies is Robbie Gee as Ian; fans will recall Gee from movies like Snatch, Underworld, and Pirates of the Caribbean: Dead Man’s Chest.

What Else Can You Watch On Disney?

When it comes to content, Disney is the King of the jungle. You can watch movies like The Martian, Connect, The King’s Man, etc., with TV shows like Wedding Season, Big Shot Season 2, Grey’s Anatomy season 19, and The Resident Season 6.

The best way to utilize your Disney Plus subscription is by unblocking geo-restricted content with an ExpressVPN subscription.

If you enjoy superhero comedies or love shows like Misfits, you should definitely check out Extraordinary, as it arrives on Disney+ this January. We have tested ExpressVPN to change the Disney Plus library, and it worked perfectly. Therefore the best way to watch Extraordinary Season 1 on Disney Plus from the US is with an ExpressVPN account.