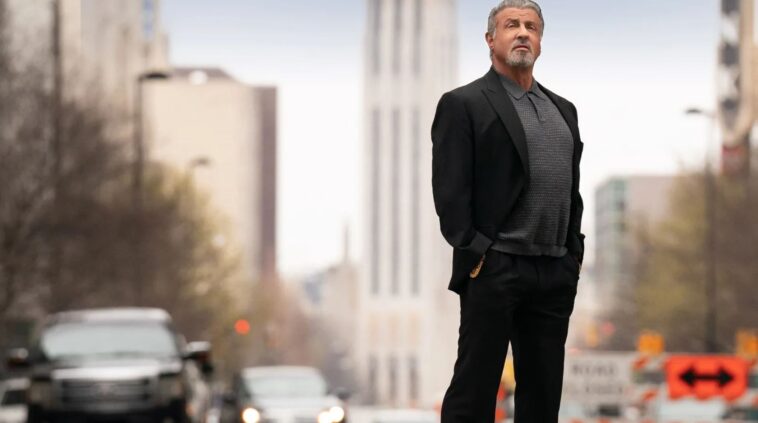 Get ready to watch iconic Hollywood star Sylvester Stallone don the role of a mafia capo in Tulsa King – an upcoming crime drama revolving around an East Coast mobster trying to start his own empire after being released from prison. The series also marks the television debut of the award-winning actor, who is known for originating the legendary roles of Rocky and John Rambo.

Developed by Yellowstone co-creator Taylor Sheridan, Tulsa King will arrive on Paramount+ on November 13, 2022. Its first two episodes will drop on the same day, while the rest will air weekly. If you are wondering where to watch Tulsa King in New Zealand, read this guide till the end.

Where to watch Tulsa King in New Zealand?

You have to wait for the series to be on Neon or TVNZ, but it will take some time because there is no announcement from either of them to stream Tulsa King in New Zealand. Look no further and watch Tulsa King with a Paramount+ account from New Zealand with this guide.

How to watch Tulsa King in New Zealand on Paramount+

Tulsa King is the story of a gangster by the name of “The General” who spent years in prison and kept his mouth shut. After returning, he discovers that he has been exiled to Tulsa, where he started his gang.

Tulsa King is heading to Paramount Plus in the United States, and if you are wondering about watching it in New Zealand, then follow these steps:

The tickets for the event are availabe for $15 on amctheaters.com and the mobile app.

Tulsa King is Sylvester Stallone’s first lead role in a TV series, his presence has superhyped the show. Here is the trailer and teaser for Tulsa King:

What to expect from Tulsa King Season 1

After spending 25 years in prison, prominent New York mafia capo Dwight “The General” Manfredi finds out his bosses are not too pleased with him – even though he dutifully kept his mouth shut during his stint in the jail. Instead of receiving the welcome he truly deserves, The General instead gets exiled to Tulsa, Oklahoma.

Setting Up a New Empire

Once he arrives in Tulsa, Dwight realizes things between him and his mob family aren’t as smooth as he had hoped for. In fact, he believes they may not even want the best for him, which leads him to build his own empire from scratch. However, finding misfits willing to join him may not be easy, especially since The General has been in prison for over two decades and appears to be a little rusty, though still suave.

A Mafia Comedy with Oddball Characters

The logline and trailer for Tulsa King give the impression that this crime drama is going to have plenty of comedic moments. With Dwight struggling to find his footing in the business, he may have to deal with a bunch of odd people as he puts together a loyal crew. Moreover, his attempts at wooing women might also fail to yield positive results, putting a damper on his mood.

Tulsa King is directed by Taylor Sheridan, who is also known for creating the Yellowstone world for Paramount Plus. The upcoming series Yellowstone Season 5 is also his creation, along with 1883. His upcoming projects in the Yellowstone universe are 1923 and 1883: The Bass Reeves Story and Mayor of Kingstown featuring the Hawk eye from Avengers; Jeremy Renner.

What else can you watch on Paramount Plus?

Paramount is one of the oldest and most premium content production studios in the United States. Here are some of the movies and tv shows you should check out on Paramount:

Sylvester Stallone has built a successful career around his impeccable action scenes and charming persona, which makes him an excellent choice for the role of Dwight “The General” Manfredi. If you enjoy crime dramas and mafia shows, you should surely watch Tulsa King on Paramount+ from New Zealand this November.

We have tested ExpressVPN to watch Paramount Plus from New Zealand, and it worked perfectly. Therefore we highly recommend it to all our readers, subscribers, and streaming enthusiast.