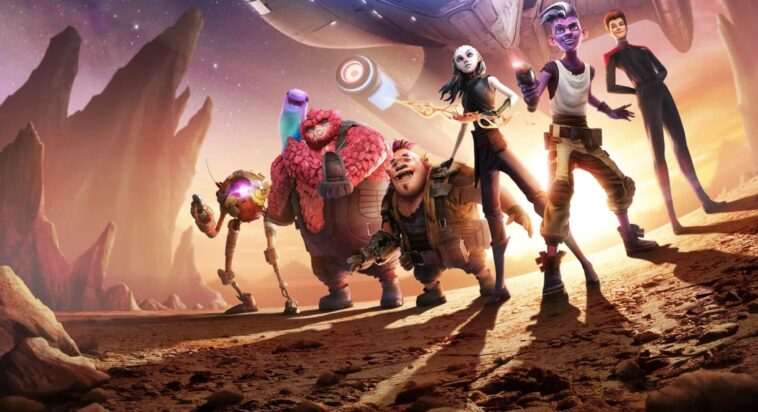 The first Star Trek series geared towards younger viewers, Star Trek: Prodigy is a popular animated television series chronicling the adventures of a group of aliens in Tars Lamora prison colony who discover an old starship that has been left behind by its crew. Created by Kevin and Dan Hageman, this science-fiction drama primarily takes place on USS Protostar in 2383, shortly after the events depicted in Star Trek: Voyager.

Star Trek: Prodigy arrived on Paramount+ on October 28, 2021. The first half of the series, which consists of 10 episodes, reached its conclusion in February 2022. Meanwhile, the second part is heading to the streaming platform on October 27, 2022, with the remaining ten episodes. Moreover, season 2 of the sci-fi adventure is already in the works. Here is everything you should know about the series and how to watch it in Canada.

Where to Watch Star Trek: Prodigy Season 2 in Canada?

The second season of Star Trek: Prodigy is heading to Paramount Plus in the US. If you want to watch it, get a Pramount+ subscription for $9.99/month or $99.99/year.

Paramount Plus has launched in Canada, but the library differed from the movies and tv shows offered to the US Paramount subscribers. This disparity is due to the copyrights of movies, and tv shows that certain local streaming services have country-wise.

But don’t worry. You can explore the American library of Paramount Plus from Canada with a workable VPN and watch Star Trek: Prodigy season 2.

How to Watch Star Trek: Prodigy Season 2 in Canada on Paramount

The second season of the Stra Trek spinoff is heading to Paramount Plus in the United States. If you reside in Canada and wish to watch Stra Trek: Prodigy Midseason Return on Paramount Plus, then follow these steps:

Paramount Plus is availabe in Canada for $11.99/month. Here are the complete pricing packages:

After USS Voyager completes its mission and returns to its home planet, a small group of young extraterrestrial beings comes across a deserted starship in their prison colony. As the crew of misfits tries to take the reins of the ship, they realize they must first learn to co-exist and cooperate before further exploring the galaxy.

A Crash Course to USS Protostar

The first half of the animated series revolved around the crew – including Dal, Gwyndala, Jankom, Zero, Rok-Tahk, and Murf – trying to learn how to maneuver the starship. They also get some unexpected help from the hologram of Captain Janeway, who imparts wisdom to the younglings with a splash of her signature sarcasm.

The mid-season finale of Star Trek: Prodigy hinted at the possible return of Captain Chakotay, who happens to be one of the most fan-favorite Starfleet officers in the franchise. As the new alien crew aboard USS Protostar continues to navigate through space while learning to work together as a team, they might run into Chakotay.

The Star Trek franchise fans will be glad to know that Kate Mulgrew and Robert Beltran have returned to voice their characters in the animated series. The show also features the vocal talents of Brett Gray, Ella Purnell, Angus Imrie, Jason Mantzoukas, and Rylee Alazraqui, among others.

The second season of Star Trek: Prodigy is set to release on October 27, 2022, on Paramount Plus in the US. Get ExpressVPN to change your IP address if you reside in Canada and wish to stream the series on Paramount from Canada.

The previous season of Star Trek: Prodigy scored 7.1/10 on IMDb and a positive score of 6.8 on Metacritic. Let’s see what the users and critics say about the latest installments.

Here is a complete list of cast and characters you will see in Star Trek: Prodigy

What else can you watch on Paramount?

Paramount is one of the oldest film studios in the United States. Here are a few movies and tv shows you should check out:

We have tested ExpressVPN to unblock Paramount Plus, Hulu, Peacock, etc, and it worked. Therefore we highly recommend it to all our readers and subscribers.