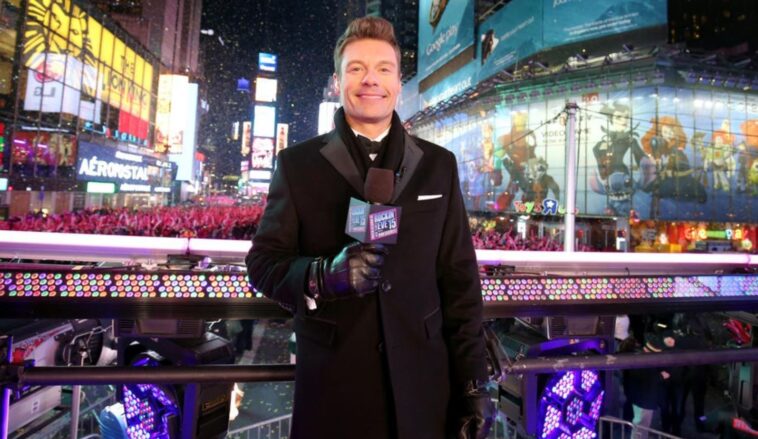 We all know what New Year’s Eve means in New York: Dick Clark New Year’s Rockin Eve with Ryan Seacrest! Start your 2023 with a bang with this iconic holiday special with more than a decade-long history, which will be hosted this year by no other than Ryan Seacrest and a bunch of other celebrities from all across the country.

This year’s special is also set to include a unique Disney surprise, much to the happiness of all Disney fans, and if you are here to find out where to watch Dick Clark New Year’s Rockin Eve for free in Canada, here is your complete guide.

Where to watch Dick Clark’s New Year’s Rockin Eve for free in Canada?

Things are a little different in Canada. Since ABC is not available in Canada, you will need a workable VPN to watch Dick Clark’s New Year’s Rockin Eve in Canada for free.

Dick Clark’s New Year’s Rockin’ Eve is heading to ABC in the United States. To watch it in Canada, get ExpressVPN and unblock abc.com from Canada. Follow these steps:

Dick Clark’s New Year’s Rockin’ Eve with Ryan Seacrest 2023 will be live on Saturday, Dec. 31, beginning at 8/7c on ABC. You can watch it on abc.com or with an ABC cable connection. If you reside in Canada, get an ExpressVPN subscription and watch the New Year’s special program.

It's almost time to ring in the New Year ✨ Tune in to Dick Clark's New Year's @RockinEve with @RyanSeacrest LIVE Dec. 31 at 8/7c on ABC! #RockinEve pic.twitter.com/ptSOBL6diu

You can also watch Beauty and the Beast: A 30th Celebration and A Very Backstreet Holiday on ABC on the same day and Finding Harmony on December 14, and The Parent Test on December 15.

What to Expect From Dick Clark’s New Year’s Rockin’ Eve 2023?

Ryan Seacrest has a history of helming this broadcast since 2006, including the seven glorious years with the show’s late founder and host, Dick Clark, before his death in 2012.

Seacrest will be back in New York’s bustling Times Square to count down the seconds till midnight, joined by co-host Liza Koshy. Jessi James Decker will draw the much-awaited winning Powerball numbers.

With all this going on, Ciara is set to return to her New Year’s Rockin’ Eve post on the West Coast. Fans will enjoy pre-taped segments at Disneyland for the Mouse’s 100 Years of Wonder Celebration this time.

These segments will be aired as a magical commemoration of the worldwide impact of Disney’s experiences, storytelling, and fans. They will also set the stage for a hundred more years of Disney-filled magic. D.J. D-Nice is set to co-host the countdown in L.A.

Who Will Perform In This New Year’s Special?

But that is not all: co-hosts Billy Porter and Ciara are also set to dazzle the viewers with their performances. Although Time Square performances are yet to be announced, the performances for Disneyland are as follows (not in order):

Ryan Seacrest has been hosting New Year’s Rockin’ Eve since 2006 and has done a marvelous job over the years. Seacrest will be joined by several other hosts on different occasions. American actress and Youtuber Liza Koshy will join Seacrest on Times Square along with Jessie James.

Ciara Princess Wilson will be taking care of the festival in Disneyland, while actor Billy Porter will be the one to co-host the countdown in New Orleans. D-Nice will join the show as this year’s Los Angeles co-host.

Announcing your #RockinEve with @RyanSeacrest co-hosts!

There are hundreds of movies, tv shows, and cartoons you can watch on Disney Plus, Hulu, Netflix, and a number of other OTT. Some of them are listed below:

Check Out On ABC:

Check Out On Hulu:

We have tested ExpressVPN to watch abc.com from Canada, and it worked perfectly. Therefore we highly recommend it to all our readers and subscribers.