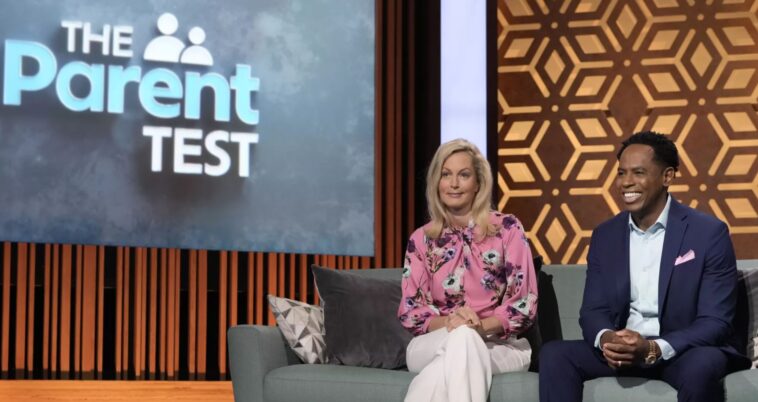 When it comes to being a good parent, there are as many opinions as men. But is there a fundamentally correct way to raise your child? That is precisely the answer “The Parent Test” runs on.

Based on the famous Australian series “Parental Guidance,” “The Parent Test” is an unscripted series that puts 12 families – each with a varying parenting style – through a series of routine tests and evaluations to determine which family’s approach proves the best in raising children. This special series is set to air on ABC since several of its usual primetime programs are on hiatus and if you are here to find out where to watch The Parent Test in Canada, read this guide to the last.

Where to watch The Parent Test in Canada

How to watch The Parent Test in Canada| On ABC

The Parent Test is an upcoming American reality show about how we are raising our kids in the modern era. The series is heading to ABC and Hulu in the United States with an undisclosed number of episodes. If you want to watch The Parent Test from Canada, get ExpressVPN and follow these steps:

The first season of The Parent Test is set to debut on ABC and Hulu on December 15, 2022, exclusively in the United States. The series is expected to stream on Disney Plus in the UK and Australia; however, there is no official announcement.

The best way for Canadian streamers to stream The Parent Test is with an ExpressVPN subscription. An ExpressVPN account will cost you around $6.67/m with a 30-day money-back guarantee in case you don’t like the product.

You can also watch Beauty and the Beast: A 30th Celebration and A Very Backstreet Holiday on ABC on the same day and Finding Harmony on December 14.

You can watch The Parent Test on ABC. If you have a routine pay-TV cable subscription, you can also stream the show through your local ABC station or watch it on YouTube TV, FuboTV, and Hulu with Live TV.

What To Expect From The Parent Test

The series dives deep into the relationship we have with our kids and how we can improve it. It will highlight the issues modern parents face in raising kids in the modern era.

The Parent Test trailer released by ABC offers the audience an enticing trailer giving the audience a taste of what’s about to come for the children and parents alike. Predictably, the trailer is one brimming with heartfelt emotions, educational experiences, and loads of intense sensations.

The crux of The Parent Test

To boil down the premise, the show would cover the daily lives of 12 parents who allowed The Parent Test’s cameras into their houses. The cameras would film how the parents look after their children and the strategies they adopt to raise them. All 12 families have a distinctive parenting style, with variable approaches including high achievement, helicopter, negotiation, new-age, struct, intensive, free-range, and child-led.

The 12 parenting teams would be given different situations throughout the course of the show, and their responses and course of action would be evaluated. The situations would pose the ultimate test to their parenting styles and prompt discussions on the positives and negatives of each approach. Therefore, the show would include a whole lot of reflection and conversation on the part of the parents, overseen collectively by The Parent Test’s experts and host.

A primary role in the show is that of the host, played by the comedian Ali Wentworth – who previously starred in It’s Complicated, Head Case, Jerry Maguire, and Seinfeld.

However, Wentworth won’t be the only one dealing with the parents and children: she will be aided by Dr. Adolph Brown. Dr. Brown is The Parent Test’s parenting expert, who would oversee the parents’ performance, and also a clinical psychologist and master teacher.

You will also see Hashim Lafond in the series. Lafond is best known for his role in This is US and The Equalizer.

What else can you watch on ABC?

ABC is a Disney-owned company with a number of tv series and reality shows. Here is a list of content you should explore on ABC:

If you are into reality shows and want to test your parenting skills and learn something new, the Parent Test is a must-watch for you. Watch The Parent Test in Canada on ABC with an ExpressVPN subscription.

We have tested ExpressVPN to watch abc.com from Canada and outside the US, and it worked. Therefore we highly recommend it to all our readers.