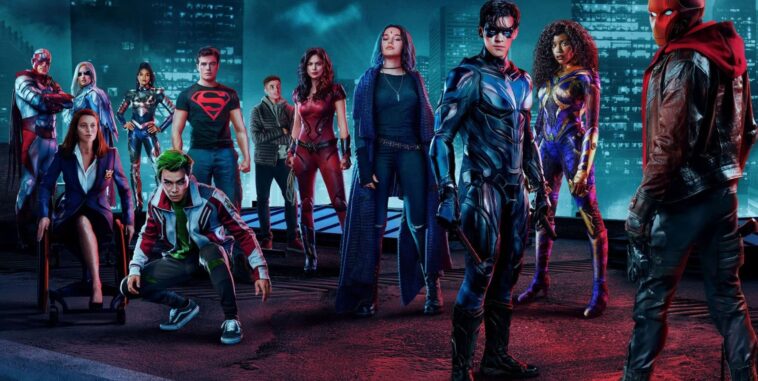 Get ready to watch your favorite superhero sidekicks take down some of the most notorious villains in the DC Extended Universe in the latest season of Titans. The action-adventure drama, which revolves around a group of young heroes fighting crime while facing their own demons, is based on the popular animated series titled Teen Titans and features several of the characters that appeared in the original show.

The dark and gritty superhero series premiered on DC Universe on October 12, 2018, and has since been renewed thrice. Titans Season 4 will arrive on HBO Max on November 3, 2022 and if you are here to find out where to watch Titans Season 4 in Canada, you have landed on the right page.

Where to watch Titans Season 4 in Canada?

The fourth season of DC Titans is heading to HBO Max in the United States. The first episode is set to release on 3rd November 2022 and the rest will follow weekly. Since HBO Max is not available in Canada, you will have to find other options like Crave or CTV to stream Titans Season 4.

How to watch Titans Season 4 in Canada on HBO Max

The first episode of Titans Season 4 is set to premiere on HBO Max in the United States. If you reside in the US, get HBO Max for $9.99/month and watch Titans season 4. For the Canadian streamers reading this, get ExpressVPN and HBO Max to watch it. Here are the steps you need to follow:

The fourth season of Titans is scheduled to release on 3rd November 2022. The series will consist of twelve episodes and will run in two parts. The first six episodes will be streamed on HBO Max from November 3 to December 1, 2022.

The previous seasons of Titans are praised by viewers and critics, scoring 7.6/10 on IMDb and 55 on Metacritic. Let’s see what the fourth installment of this superhero franchise has to offer.

Will Titans Season 4 be on Netflix?

We don’t have any confirmation of Titans season 4 releasing on Netflix. However, if you want to catch up with Titans, here is how you can stream Titans seasons 1-3 on Netflix from the United States.

The trailer for Titans season 4 was released on HBO Max’s official YouTube channel on 20 October 2022. It has gained more than 5 million views in a short time of nine days, which shows the popularity of the show among viewers.

After saving Gotham at the end of the last season, the gang tries to put the past behind them and decides to leave the city that has claimed so much of what they once loved and cherished.

A Stop in Metropolis

On their way to San Francisco, Titans stop by in Metropolis, where they are forced to face a terrifying supernatural cult. Following the events of season 3, which saw the team fight Red Hood and make some startling discoveries about his true identity, the Titans may have a hard time defeating their latest adversary.

However, it is still unclear if Red Hood will join the group.

The Arrival of an Iconic Villain

While the past seasons of Titan introduced some of the most popular villains in the DC Comics Universe, the upcoming installment will take things to a whole new level by formally introducing Sebastian Blood – more commonly known as Brother Blood – as the main big bad. The character is going to be dark, vulnerable, and full of vengeance.

As it turns out, Sebastian Blood will not be the only threat Titans have to deal with in season 4. The show will also feature Lex Luthor, Mother Mayhem, and Jinx.

HBO is one of the best content producers in the United States. It has given us dramas like Game of Thrones, Sopranos, etc. Here is a list of movies and tv shows you should check out on HBO Max:

Titans could be your cup of tea if you love all things superheroes. The television series focuses primarily on the fight between good and evil with a healthy dose of action, comedy, friendship, and romance. So, don’t miss out on its latest seasons as it premieres on HBO Max this November by watching Titans season 4 in Canada on HBO Max with ExpressVPN.

We have tested ExpressVPN to watch HBO Max, BBC iPlayer, and Hotstar from Canada, and it worked. This is the reason we highly recommend it to all our readers and subscribers.