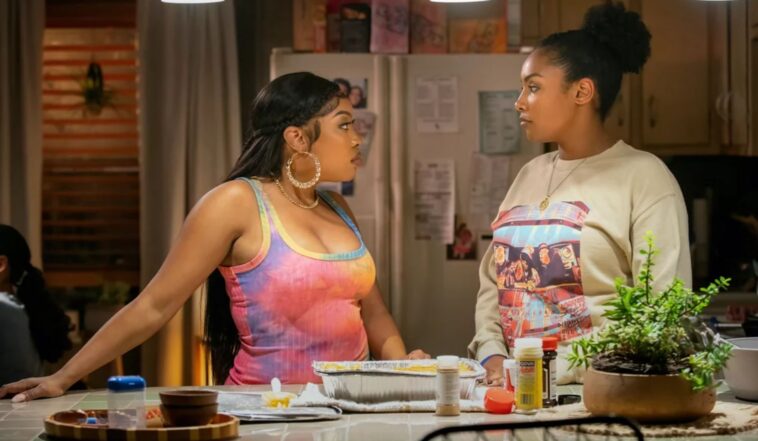 The road to stardom is not always filled with roses – and who would know it better than someone who has not only walked that road but thrived in the entertainment industry. Renowned actress and comedian Issa Rae is about to give you a sneak peek behind the curtain with her latest comedy series, Rap Sh!t. The show made its first appearance on June 18, 2022, at the American Black Film Festival (ABFF) and will premiere on HBO Max on July 21, 2022.

Created and executive produced by Issa, who also serves as its lead author, Rap Sh!t revolves around two rappers from Miami attempting to break into the music business. The series comprises eight episodes, with each episode ranging between 30 to 32 minutes. If you are wondering where to watch Rap Sh!t in Canada then you have landed on the right page.

Rap Sh!t is an upcoming American comedy show that will stream exclusively on HBO Max in the United States. If you are located in Canada and want to watch Rap Sh!t in Canada then follow these simple steps:

HBO Max released the trailer for Rap Sh!t on YouTube on June 13, 2022. The clip starts with Mia and Shawna live streaming on Instagram to their small number of fans while sitting next to each other in a car. The trailer also gives a glimpse of the lead characters’ rapping talents.

Rap Sh!t centers on two former friends named Shawna and Mia. They drifted apart after high school but eventually reunited to form a rap group in Miami, the city known for its vibrant nightlife and the legacy of creating chart-topping rappers like Pitbull. The main characters also appear to be inspired by the famous Miami-based hip-hop duo City Girls, whose members are executive producers on the show.

The comedy series, which takes place in Miami, picks up when Shawna and Mia are both in different places in their lives. Their personalities are also poles apart, making their dynamics more interesting to watch. Rap Sh!t not only follows their attempt to make it big in the industry but also navigate social media, as it has become one of the essential tools for getting recognition.

The cast includes Aida Osman as Shawna and KaMillion as Mia. Moreover, Jonica Booth appears as Chastity, Devon Terrell as Cliff, and RJ Cyler as Lamont.

Rap Sh!t is yet to release on HBO Max, but it has received mostly positive reviews from those who watched it at the ABFF earlier this year. In addition, its trailer has garnered more than 1.6 million views on YouTube.

There are hundreds of movies and tv shows you can stream with a VPN by unblocking HBO Max, Netflix, Hulu, Paramount Plus, Peacock TV, etc. Some of them are listed below:

If you are into the comedy genre then you should watch Rap Sh!t, which will be available exclusively on HBO Max in the US. Get ExpressVPN to watch HBO Max in New Zealand and watch American movies and TV shows from New Zealand.