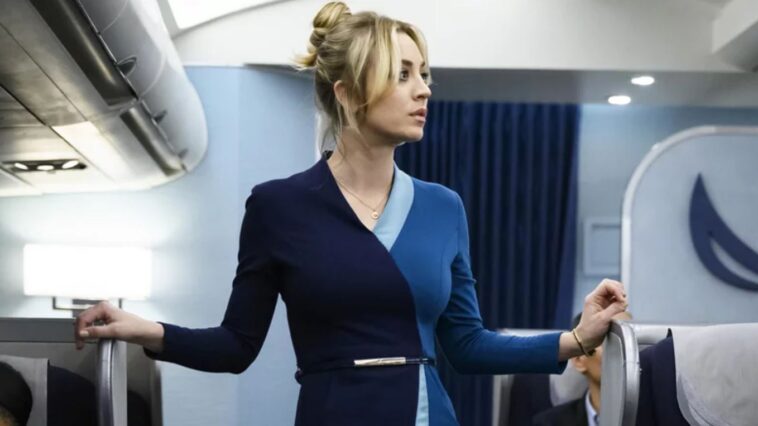 Following its successful first season, The Flight Attendant is heading back to HBO Max for another chaotic and thrilling season that will keep you on the edge of your seat. This popular mystery dramedy is an adaptation of a 2018 novel by Chris Bohjalian and has just the right amount of comedy and murder to keep you intrigued. If you are here to find out where to watch The Flight Attendant Season 02 then read on.

Created by Steve Yockey, The Flight Attendant is a binge-worthy television series that debuted on HBO Max on November 26, 2020. Its second season is slated to air on April 21, 2022.

The Flight Attendant Season 02 is scheduled to premiere on HBO Max on April 21st, 2022. If you are in the United States then don’t worry, all you need is an active HBO Max subscription and you are good to go.

But if you are residing in Canada and want to stream The Flight Attendant Season 02 then follow these simple steps:

HBO Max is only available in the United States and the streaming giant with more than 78.3 million subscribers is not planning to land in Canada. But don’t worry, with a VPN things become easy. Just follow these steps to get an HBO Max subscription from Canada: [Tested in 2022]

When it comes to content, HBO has the best to offer to its subscriber. Here is a list of movies and TV shows you should check out in 2022. You can also watch The Batman in Canada with an HBO Max subscription:

The YouTube channel of HBO Max dropped the trailer of The Flight Attendant season 2 on March 17, 2022.  The clip shows Cassie trying to turn her life around before blowing things up – quite literally.

The series follows Cassie, an irresponsible flight attendant with an alcohol dependency, who wakes up one morning in Bangkok to find herself lying next to a dead body.  With no memory of what happened the night prior, Cassie becomes embroiled in a murder mystery, wondering if she could have killed the man.

The first season of The Flight Attendant was not only a hit among viewers but also earned multiple Emmy nominations. Though its second season is yet to air, the television series has a 97% approval rating on Rotten Tomatoes. It also has a rating of 7.1/10 on IMDb.