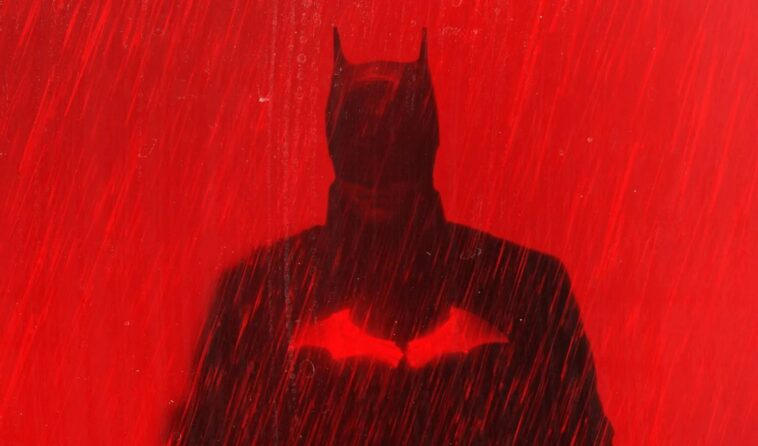 Update: The Batman is now streaming on Netflix and you can watch it in Canada by following the below-mentioned steps.

An American superhero movie, The Batman (2022), is about a character named Batman, based on the DC comics. To be soon premiered on HBO Max as its home media, the movie is produced by DC films, Dylan Clark Productions, and 6th & Idaho, distributed by Warner Bros. Pictures. If you are here to find out where to watch The Batman (2022) in Canada then read on.

It is basically a reboot of the film franchise Batman, directed by Matt Reeves, who also co-wrote the screenplay with his team member, Peter Craig. Starring Robert Pattison as Batman/Bruce Wayne, the story of the film revolves around the Cape Crusader, The Dark Knight, or the Bat of Gotham aka Batman fighting crimes in the Gotham city for two years while revealing corruption and pursuing the Riddler (Paul Dano), who is a serial killer targeting the city’s elite.

The Batman was released in theater on 4th March worldwide, making it the best superhero movie of 2022. The movie shows a true Batman who is now in a detective role and wants to find out the murderers of the Mayor. The movie will stream on HBO Max on the 21st of April 2022 only in the United States.

If you are located in Canada or anywhere outside the United States, then follow these simples steps to stream The Batman from Canada on HBO Max:

HBO Max is only available in the United States and the streaming giant with more than 78.3 million subscribers is not planning to land in Canada. But don’t worry, with a VPN things become easy. Just follow these steps to get an HBO Max subscription from Canada: [Tested in 2022]

The movie has received uncountable praises from the critics and audiences for the screenplay, direction, story, cinematography, and the casts’ performances. However, the film will soon be available for online streaming on HBO Max from April 21, 2022.

The film stars some of the highly popular Hollywood names like Robert Pattinson in the leading role (The Batman) with Paul Dano (The Riddler), Zoe Kravitz (The Catwoman), Collin Farrell, Jeffrey Wright, Peter Sarsgaard, John Turturro, and Andy Serkis.

The movie’s plot is centered around Gotham City, where the Mayor, Don Mitchell, had been murdered by the Riddler on Halloween Day. Bruce Wayne, the reclusive billionaire fighting crime for two years in the city as Batman, investigates the case alongside the police of Gotham City.

At the crime scene, a message is delivered to Batman, and soon after, when the Riddler kills the commissioner Pete Savage, the Batman finds another clue for him from the sadistic killer, The Riddler. Following all these clues from the Riddler, The Batman leads closer to home, where the perpetrator’s plan scale becomes clearer. Therefore, Batman must unmask the culprit, forge new relationships, and finally bring justice to the misused power by ending the corruption plaguing the metropolis for a long time.

The movie has been rated at a whopping 85% on Rotten Tomatoes, 8.3/10 on IMDb, and 72% on Metacritic. The majority of the IMDb reviews read the movie as a grim, gritty, and gripping super-noir movie that ranks topmost among the dark Knight’s live actions and the most thrillingly ambitious outings.

The film has grossed up to $360 million in the US and Canada, and $377 million worldwide, summing up the total box office collection at $737 million. Along with the title of the highest-grossing movie in the current year, it has also bagged the title of the highest0grossing serial killer movie ever. The film has been nominated for the best teaser, sound editing, and the best motion/title graphics at the Golden Trailer Awards, 2021.

Frequently Asked Questions to Watch The Batman (2022) in Canada

1- Where to watch The Batman movie in Canada?

The Batman will exclusively stream on HBO Max in the United States and you can watch it on HBO from Canada with a workable VPN service.

2- Is The Batman coming to Netflix?

We don’t have any news related to The Batman movie landing on Netflix. We can only wait and see if this Warner Bros movie streams on Netflix in the near future.

Batman will fight with three villains in this movie, The Riddler, The Penguin and Carmine Falcone.

4- Can I Watch The Batman movie on Stan or Neon TV in Australia and New Zealand?

Unfortunately, the Batman movie will be exclusively available on HBO Max. If you are wondering where to watch The Batman in Australia and New Zealand then HBO Max is the only option you have.

5- Will The Batman movie land on BBC iPlayer?

No, the movie will be available only on HBO Max. Although you can watch The Batman in UK with a VPN.

If you are a Batman fan then this movie is a must-watch for you, you can The Batman in Canada on HBO Max with a VPN. The movie will be available for rent in the near future on Apple iTunes, Amazon Video, and other video renting stores.

Unlike any other comic-book movie released before, The Batman (Robert Pattinson) has given audiences an unforgettable portrayal of his character. We will undoubtedly repeat it: The Batman 2022 will be one of the best movies in the long line of the series, with the director, Matt Reeves, who delivered a beautiful, powerful, and profoundly thoughtful story!