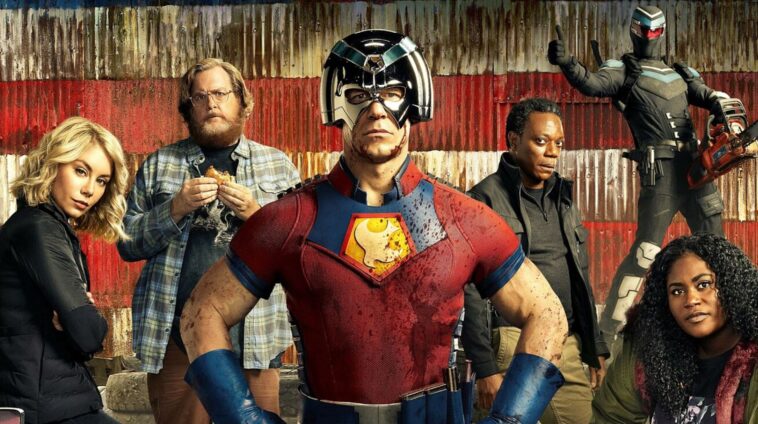 Peacemaker is an American TV series focusing on an anti-hero from DC Comics of the same name. The series is produced by James Gunn and is exclusive to HBO Max, like all the recent DC projects, Titans included.

The Cena starrer is set after the events of the 2021 Suicide Squad and follows Christopher Smith, AKA Peacemaker, who has now joined a black-ops unit called A.R.G.U.S that kills parasitic, inhuman creatures, called “Butterflies” who roam the earth in human form. The show also focuses on other elements in Christopher’s life, like his relationship with his dad.

Peacemaker is an HBO Max exclusive TV show, which means you can stream Peacemaker only on HBO Max. The bad news is you can only watch it from the US because HBO Max has broadcasting rights which restricts it from broadcasting content outside the US.

But don’t worry, follow these simple steps to stream Peacemaker season 1 in the UK on HBO Max.

How to get an HBO Max subscription in the UK or from Outside the US? | Without using an American Payment Method

Due to copyrights and distribution rights, the American streaming giant (HBO) with almost 73.8 million subscribers is restricted to the US, for Canadian streamers we have Crave. But the good news is, you can have an HBO Max subscription in the United Kingdom or from any other country, just by following these simple steps:

James Gunn, who produced Suicide Squad’s reboot that also starred Cena as Peacemaker was so impressed by Cena’s acting that he conceived a whole series for Cena and the Peacemaker character during the shooting and even wrote the initial eight episodes. The series was then given a straight-to-series order in September 2020. Casting began soon after and the filming occurred between January and July 2021. The first three episodes were finally released on 13th January 2022 with the remaining episodes coming out a week apart on Thursdays. Names of the released episodes are

Where else can I watch Peacemaker Without Cable online?

Peacemaker is streaming on the following OTT platforms.

1- Where can I watch Peacemaker live online?

Peacemaker is streaming exclusively on HBO Max in the US and you can watch it there.

2- Where to watch Peacemaker in the United Kingdom?

Sadly Peacemaker is not streaming on any OTT/VOD service in the UK. You can watch Peacemaker in the UK on HBO Max with a VPN service.

3- Can I stream Peacemaker for FREE?

Yes, You can watch some episodes of Peacemaker on HBO for FREE. All you need is a VPN. This is because HBO Max (free version) is limited to the US. Follow these steps to watch Peacemaker for free on HBO.

Reviews for Peacemaker, the TV series has got nothing but praise from critics and fans. On Rotten Tomatoes, the show has a rating of 94%, IMDb has rated the show 8.4 out of 10, IGN has given it a score of 8/10 and Common Sense Media has awarded it a score of 4 out of 5 stars.

If you love to read superhero comics like Marvel and DC, this TV show is for you, another reason for watching this show is John Cena. At the moment Peacemaker is streaming on HBO in the US, and nowhere in the UK. If you are residing in the UK use a VPN to stream Peacemaker from the UK on HBO Max.