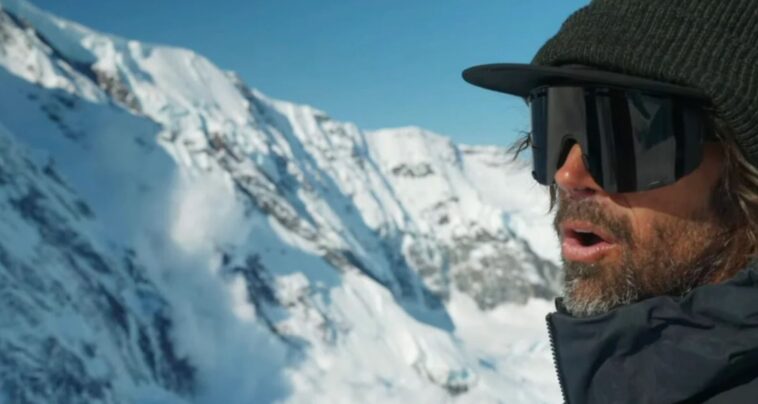 Join elite action-adventure athletes as they embark on perilous missions around the world and surpass the unconquerable with unbreakable grit and exemplary prowess. Edge of the Earth is a four-part documentary series that will follow four groups of athletes on their awe-inspiring journeys to become “the first” to explore the undiscovered and overcome the impossible.

Produced by Drew Holt, Edge of the Earth is a collaborative series between HBO and Teton Gravity Research. It is directed by Steve and Todd Jones, with Nancy Abraham, Lisa Heller, and Bentley Weiner serving as its executive producers. If you are here to find out how you can watch Edge of the Earth in Canada then read on.

How to watch Edge to the Earth on HBO from Canada

Edge of the Earth is a documentary that will premier on HBO Max in the United States. If you are residing in Canada and want to catch all the action in Edge of the Earth then follow these steps:

Edge to the Earth- Trailer

HBO’s YouTube channel released the official trailer of Edge of the Earth on June 21, 2022. The clip offers a sneak-peek into each episode by showing glimpses of the dangerous missions athletes will be undertaking during the series.

Edge to the Earth- Plot

Edge of the Earth will provide a glimpse into the lives of top athletes who want to take on never-before-accomplished missions and set on profoundly challenging journeys to win the title of “The First.”

The first episode of the documentary series, “Into the Void,” will focus on the athletes venturing deep into the Glacier Bay National Park in Alaska. Meanwhile, episode two is called “Raging Torrent” and will showcase the athletes’ attempt to surpass the infamous Chalupas River. The show’s third episode is “Reaching for the Sky” and will center on athletes free-climbing the free route of Pik Slesova.

Last but not least, the last episode of Edge of the Earth is called “The Great Unknown.” The finale will showcase the athletes trying to ride the massive waves along the West Coast of South Africa.

Edge to the Earth- Cast

Edge of the Earth is heading to HBO on July 12, 2022. Its participants will include climbers Adrian Ballinger and Emily Harrington, snowboarders Jeremy Jones and Elena Hight, skier Griffin Post, and surfers Ian Walsh and Grant “Twiggy” Baker. The series will also feature Nouria Newman, Ben Stookesberry, and Erik Boomer kayakers.

Edge to the Earth- Release and Reception

Since Edge of the Earth is yet to release, its ratings are not presently available. However, the nature of the documentary, combined with the participation of famous athletes, will make it worth a watch.

What else can you watch with a VPN on HBO Max?

HBO is considered to be one of the best content producers in the world. Here are some of the best movies and TV shows you should check out on HBO Max:

Edge of the Earth is set to premiere on HBO Max in the US, if you are into adventure sports and want to watch Edge of the Earth from Canada then get ExpressVPN and watch HBO Max from Canada. We have tested ExpressVPN with several VOD services and it worked, therefore we highly recommend using ExpressVPN to stream your favorite movies and TV shows.