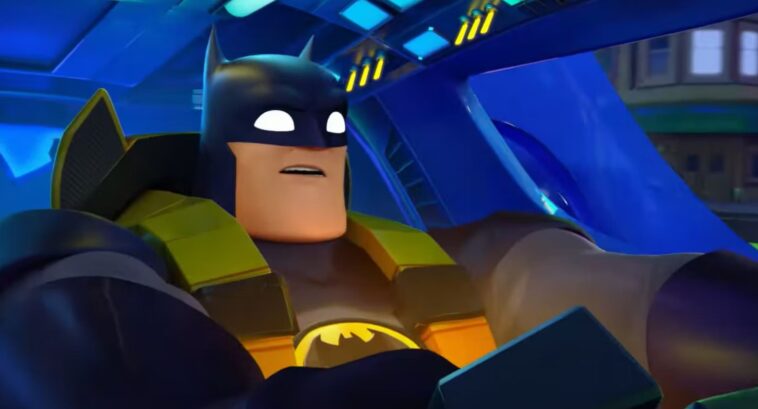 Ever wondered how the Batwheels teams got together? Secret Origin of the Batwheels is an animated television special that serves as a prelude to the Batwheels series set to air later this year. The upcoming show presents a funny and colorful take on the popular Batman myths by exploring the origin story of the motor-powered sidekicks of the superhero family.

Produced by DC Entertainment in collaboration with Warner Bros. Animation and Superprod, Secret Origin of the Batwheels is heading to HBO Max on September 17, 2022 – also known as Batman Day. The show is meant for younger audiences as it takes a lighthearted approach to an otherwise dark storyline.

If you are wondering where to watch Secret Origin of the Batwheels in Canada, then this guide is for you.

How to watch Batwheels in Canada| On HBO Max

HBO is not accessible in Canada, the American streaming service is spreading its reach and It is available in several European and South American countries, but the list does not include Canada.

Secret Origin of the Batwheels- Trailer

The YouTube channel of HBO Max Family released the official trailer of Secret Origin of the Batwheels on August 18, 2022. The clip shows the super vehicles taking on a mission to save the city.

Secret Origin of the Batwheels- Plot

Secret Origin of the Batwheels chronicles the adventures of Bam, Redbird, Bibi, Buff, and Batwing – the newly minted Batwheels who have just gained sentience. The show starts with Batman, Robin, Batgirl, and the rest of the gang going missing. With chaos about to occur in Gotham and Crash breaking into the Bat-Cave, the Bat-Computer jumps into action and convinces Moe, Batman’s artificial intelligence assistant, to bring the Bat-Mobile, aka Bam, to life through a powerful motherboard.

Once it becomes sentient, Bam recruits other vehicles to form a team and stop the Legion of Zoom. The Batwheels have to fight another group of cars that have received a similar upgrade. However, they appear to be working for a criminal entity in the form of a sports arena scoreboard that seeks to take over the BatComputer.

Although it sounds a little complex, the show is very aware of the age of its audience. To put it simply, Secret Origin of the Batwheels perfectly combines the two worlds of Dark Knight and Cars.

Secret Origin of the Batwheels- Release and Reception

Secret Origin of the Batwheels is yet to air. Hence, its ratings are currently unavailable. However, with Batman being one of the most popular superheroes ever to grace comic book pages, the show is expected to be a hit among the youth.

HBO is one of the oldest studios in the United States. It has produced several superhit movies and TV shows, including Sopranos, Game of Thrones, and House of the Dragon. Here is the list of movies and tv shows you should check out on HBO Max:

If you are a Batman fan and like watching animated series, then this tv show is for you. Watch Secret Origin of the Batwheels in Canada on HBO Max with ExpressVPN. We have tested ExpressVPN to unblock geo-restricted streaming services like HBO Max, Hulu, BBC iPlayer, and others, and it worked flawlessly.

Therefore we highly recommend using ExpressVPN to watch HBO Max in UK or Canada and enjoy your favorite movies and tv show.