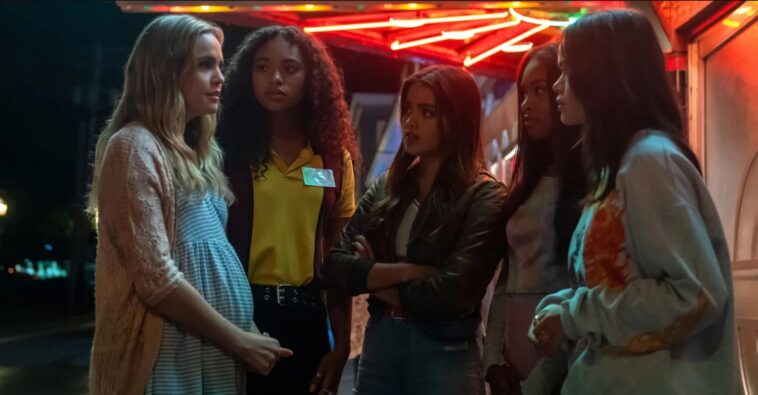 Get ready for a new era of teenagers being chased and tortured by the unknown A in the upcoming mystery thriller drama Pretty Little Liars: Original Sin. The television series will revolve around a killer in a mask who is determined to take a group of friends down to punish them for the mistakes made by them and their families.

The first three episodes of the ten-episode series will air on the same day, while the remaining episodes will air in August.

How to watch Pretty Little Liars: Original Sin in Canada| On HBO Max

Pretty Little Liars is an upcoming American TV show which will stream exclusively on HBO Max in the US. If you are located in Canada or in another country in which HBO Max is not available, then follow these steps:

The clip introduces the viewers to the new leads of the show. It also gives a glimpse into the hell that A will put them through. It is also clear that the spin-off is attempting to recreate the enchantment of its predecessor, with the town of Millwood showcasing a similar ambiance to Rosewood.

Pretty Little Liars: Original Sin is set in Millwood, a blue-collar community that was nearly torn apart twenty years ago following a string of tragic incidents. However, just like the original series, the upcoming spin-off will focus on a diverse group of teenage girls tormented by an unidentified attacker who wants them to pay for their bad decisions and the highly secretive sins committed by their parents two decades earlier.

It is also worth mentioning that Millwood may be miles away from the town of Rosewood, but this coming-of-age series will feature some dark themes and violence. Plus, everyone in this town seems to be harboring secrets that are just as sinister.

Pretty Little Liars: Original Sin is yet to air on HBO Max. However, its trailer received more than 65k views on YouTube less than two hours after its release.

When it comes to producing quality content, HBO is doing it for over a decade. Here is a list of popular movies and TV shows on HBO Max and Hulu: