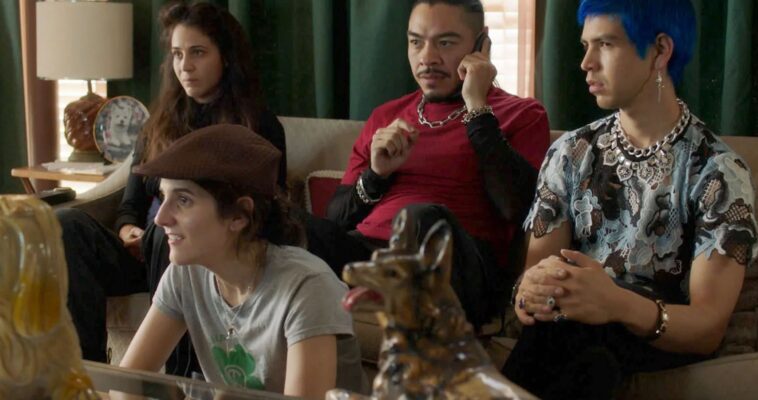 Los Espookys, the quirky horror television series that defies every trope imaginable, is returning to HBO with a brand-new season. The primarily Spanish-language comedy revolves around a group of close friends trying to turn their obsession with horror into a strange yet successful business. It has everything from clever one-liners that will have you in stitches to iconic horror homages that blend seamlessly into the scenes.

Created by Julio Torres, Ana Fabrega, and Fred Armisen, Los Espookys debuted on HBO on June 14, 2019. Its second season is heading to the streaming platform on September 16, 2022.

The series will premiere on HBO Max in the US and different regions but not Canada. But don’t worry, we have the perfect solution for you if you are wondering where to watch Los Espookys season 2 in Canada.

The second season of Los Espookys is scheduled to premiere on HBO Max in the United States and other regions. If you reside in Canada and want to stream Los Espookys season 2 on HBO Max then follow these steps:

HBO is not accessible in Canada, the American streaming service is spreading its reach. It is available in several European and South American countries, but the list does not include Canada.

The YouTube channel for HBO released the official trailer for Los Espookys Season 2 on August 24, 2022. The clip shows the gang taking on new challenges and Renaldo inviting Uncle Tico to join the business.

Set in an unnamed Latin American country, Los Espookys follows the adventures of a group of friends comprising Renaldo, Andrés, Tati, and Úrsula. The four decide to start an unusual business where they would stage eerie events to provide a dose of horror to various peculiar paying clients. Paranormal activities are somewhat common in this fictional reality, so the lines between real and hoax often get blurred.

According to its official synopsis, Season 2 of Los Espookys revolves around the ghost of a former beauty queen haunting the aisles of a grocery store. The unique yet wacky series will showcase a bit more crime-solving with a side of dark humor and an ode to the horror genre.

The upcoming episodes of the bilingual comedy will show Renaldo trying to learn more about the spirit of the pageant queen he keeps seeing. In contrast, his best friend Andrés tries to find the meaning of life after defeating his inner demons. On the other hand, Úrsula decides to challenge the status quo in the world of politics, whereas her sister Tati tries to get used to her newly married life while keeping up with her business.

Here is a list of cast and characters in Los Espookys season 2:

HBO is one of the best content producers in the world. It has maintained superiority in the TV show section by giving us series like Game of Thrones, Euphoria, Sopranos and House of the Dragon. Here is a list of movies and TV shows you should check out on HBO Max:

Do you like watching teen dramas full of love, romance, and adventures? if yes, then watch Los Espookys season 2 on HBO Max from Canada with ExpressVPN. We have tested ExpressVPN to unblock HBO Max, Hulu, BBC iPlayer, and other geo-restricted services, and with its blazing-fast servers, it worked.

Therefore we highly recommend using ExpressVPN to cater to your streaming needs and unblock HBO Max from the UK or Canada.