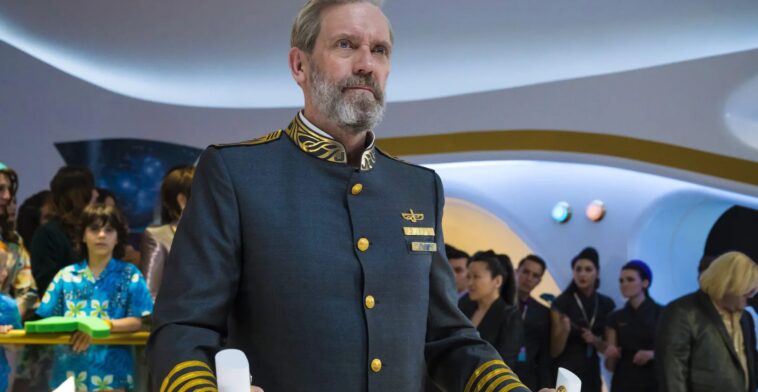 Hop aboard an interplanetary cruise ship as it travels through space to return to its rightful course in the new season of Avenue 5, as the science fiction comedy finally returns to HBO after a two-year hiatus. The show debuted on HBO on January 19, 2020, and was renewed shortly before the global COVID-19 lockdown. Its second season is scheduled to premiere on October 10, 2022, and will consist of eight episodes.

If you loved season one of Avenue 5, keep reading to find out more details about where to watch Avenue 5 season 2 in Canada.

Where to watch Avenue 5 season 2 in Canada?

The second season of Avenue 5 is heading to HBO Max in the United States. Since HBO Max is not accessible in Canada, you will need a workable VPN to access it. We recommend ExpressVPN to unblock HBO Max and watch Avenue 5 season 2 in Canada.

How to watch Avenue 5 season 2 in Canada

Avenue 5 is set in the future when space travel has become a billion-dollar industry, but things went wrong, and chaos spread everywhere. The second season of this series is heading to HBO Max in the US. If you reside in Canada and wish to watch it, then follow these steps:

HBO is not accessible in Canada, the American streaming service is spreading its reach, and It is available in several European and South American countries, but the list does not include Canada.

The trailer for the second season of Avenue 5 dropped on HBO’s official YouTube channel and has gained more than 1.3 million views in three weeks.

Set 40 years in the future, when intergalactic travel has evolved into a multi-billion dollar industry, Avenue 5 revolves around those aboard the titular spacecraft as it veers off trajectory following a momentary loss of artificial gravity and the death of an engineer. With their eight-week voyage turning into an eight-year expedition, Captain Ryan Clark and Herman Judd, the vessel’s snobby owner, struggled to lead the rich and spoiled passengers.

Riots and Chaos Ensue Aboard the Ship

Five months after going off course and failing to reroute the cruise ship, things are finally going to get bleak as the crew, including Billie, Matt, and Iris, try to hide an alarming fact from their unruly passengers: They are going to run out of food – soon. However, despite their best efforts to maintain a calm atmosphere, the situation becomes heated as people begin rioting, ensuing the chaos of epic proportions in the stratosphere.

The eccentric group of space travelers may face a mysterious new enemy in Avenue 5 Season 2. Although the details about the new episodes are being kept under wraps, it appears that the luxury spaceship will face a series of new threats that may take some passengers and crew members down a dark path.

Moreover, it features the acting talents of Hugh Laurie and Josh Gad in lead roles, along with Zach Woods, Rebecca Front, and Suzy Nakamura, among others.

What else can you watch on HBO with a VPN?

HBO is one of the oldest and best content producers in the world. Here is a list of movies and tv shows you should check on HBO:

Whether you love dark comedies or are a fan of science fiction dramas, you will surely enjoy this enthralling yet hilarious series. So, stay tuned for the second season of Avenue 5 as it arrives on HBO this October.

Watch Avenue 5 season 2 in Canada on HBO Max with ExpressVPN. We have tested ExpressVPN with HBO, Hulu, BBC iPlayer, and several other streaming services and it worked. Therefore we recommend it to all our readers.