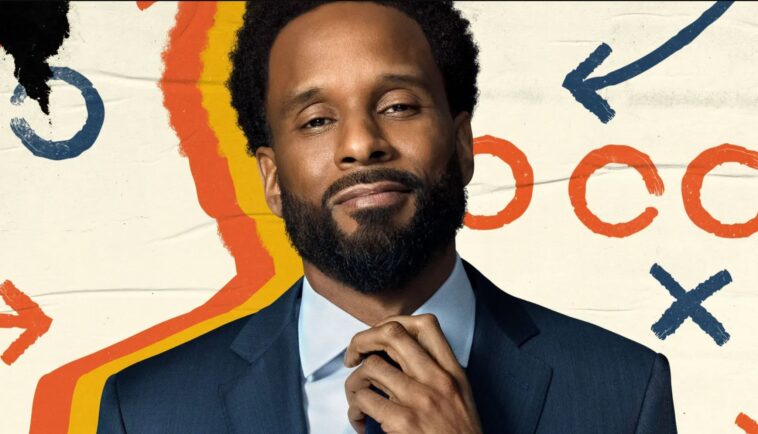 Award-winning sports journalist Bomani Jones is returning to your television screens with the second season of his late-night show, Game Theory with Bomani Jones.

Striking a perfect balance between sports and culture, the series presents a satirical take on significant issues, such as nepotism in the coaching lineups of professional sports teams and the revival of athletic excellence in historically black colleges in the United States.

Where To Watch Game Theory with Bomani Jones Season 2 In Canada?

We recommend getting an ExpressVPN subscription to access HBO from Canada. It will cost you around $6.67/m with a 30-day money-back guarantee.

Game Theory with Bomani Jones Season 2 is set to premiere on HBO Max in the United States on Friday, January 20 (11:00-11:30 p.m. ET/PT). There is no news on the international release date of the show, but we can expect to see it on Sky Atlantic in the UK and on Crave in Canada.

What To Expect From Game Theory with Bomani Jones

Jones tackles matters surrounding racial discrimination and bias in sports in his late-night talk show Game Theory with Bomani Jones. While some of his takes might sound controversial, the television host is lauded by fans for dissecting complex issues that are mostly ignored by the mainstream media.

During season one of Game Theory, Jones held interviews with some of the most notable figures in American sports and pop culture. His guests included television personality Stephen A. Smith, rapper Vince Staples, comedian Roy Wood Jr., actor Tracy Morgan, comedian Karlous Miller, and Hall of Fame basketball player and coach Dawn Staley. The topics of discussion varied from the growing popularity of cryptocurrency among athletes to abolishing NFL drafts.

While in-depth interviews are a major part of Game Theory with Bomani Jones, it is the hilarious yet thought-provoking sketches that set the tone for the sports talk show. From topical sketches to sarcastic tirades, there is not a single episode of this series that can be dubbed as boring. Jones’ sharp sense of humor combined with his intricate knowledge about sports allows him to present different sides of the conversation without losing the interest of the audience.

Game Theory with Bomani Jones debuted on HBO on March 13, 2022, and was swiftly renewed for a second season, which will premiere on January 20, 2023. You will also be able to stream it on HBO Max.

Executive-produced by Jones, Adam McKay, and Todd Schulman, the talk show has received rave reviews from sports fans. Here is everything you should know about the upcoming season of the sports series.

What Else Can You Watch On HBO?

HBO is one of the best and oldest content-developing companies in the US. Here is a list of movies and tv shows you can watch on HBO:

If you are a fan of talk shows that find themselves at the convergence of pop culture and sports, you must check out Game Theory with Bomani Jones Season 2 as it arrives on HBO this January.

We have tested ExpressVPN to watch HBO Max from UK and Canada, and it worked. Therefore the best way to watch Game Theory with Bomani Jones season 2 from Canada is with an Express VPN subscription, so what are you waiting for?