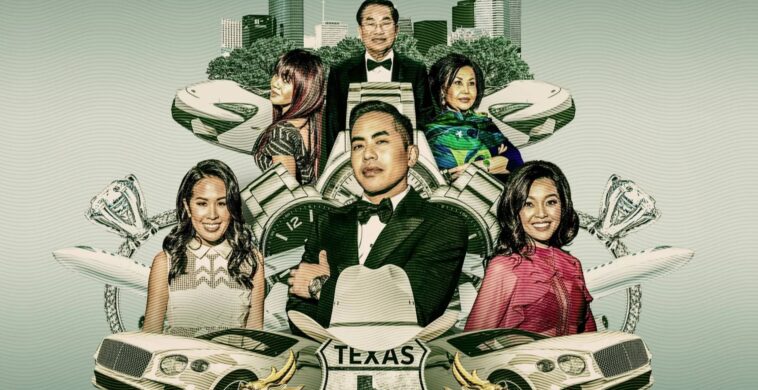 The Ho family is on its way to dethroning the Kardashians as the most intriguing reality TV clan with the latest season of House of Ho. The television series follows the lavish lives of a Vietnamese-American family that lives in Houston, Texas. Many critics have noted how the show presents a bleaker version of Crazy Rich Asians with its displays of grandeur, interesting perspectives on Vietnamese traditions, and of course, nail-biting drama.

House of Ho is executive produced by Stephanie Bloch Chambers, Katy Wallin, Nick Lee, Karla LeCroix, and Rosalina Lydster. The show first premiered on December 10, 2022, while its second season will arrive on HBO Max on August 25, 2022, and if you are wondering how you can watch House of Ho season 2 in Canada, read on.

The second season of House of Ho is set to premiere on HBO Max in the United States. If you are in the US, all you need is an active HBO Max subscription, and you are all set to watch House of Ho season 2.

If you reside in Canada, then follow these simple steps to watch House of Ho season 2 on HBO Max:

How to Get HBO Max Subscription from Canada

HBO Max is only available in the United States and some European nations. If you are in Canada then follow these steps to get an HBO subscription:

The official YouTube channel of HBO Max unveiled the official trailer of House of Ho Season 2 on August 3, 2022. The clip introduces a few new characters while capturing how each family member struggles to cope with problems old and new.

House of Ho focuses on the highly prosperous Ho family that owns a multimillion-dollar enterprise in the United States. The fundamental theme of this reality television series revolves around the importance of family and the idea that your loved ones always come first.

Moreover, it provides audiences with a deeper insight into the traditions followed by Vietnamese immigrant families and the multigenerational perspective on such customs.

The second season of House of Ho will be much more intense and fast-paced. The upcoming episodes will showcase various family members struggling to gain more power and frequently colliding with each other.

The series’ principal characters are Binh Ho and Hue Ho, the proud couple that moved to a new land and successfully turned their American dream into a reality. They also named their kids after the US presidents and continued exerting control over their lives. The adult children of the Ho family are faced with the constant pressure of living up to the impossible expectations set by their parents.

The second season of House of Ho is yet to be released. However, overall, the reality TV series has an audience score of 50% on Rotten Tomatoes and a rating of 5.8/10 on IMDb.

HBO Max is one of the best content producers in the United States, from Game of Thrones to Sopranos, HBO has produced premium content. Here is a list of movies and TV shows you should check out on HBO Max:

If you are into family shows that show love and are built around mutual understanding, care and respect, check out House of Ho season 2 on HBO Max from Canada. We have tested ExpressVPN to watch HBO Max in Canada, and it worked flawlessly. Therefore we highly recommend it to cater to all your streaming needs.