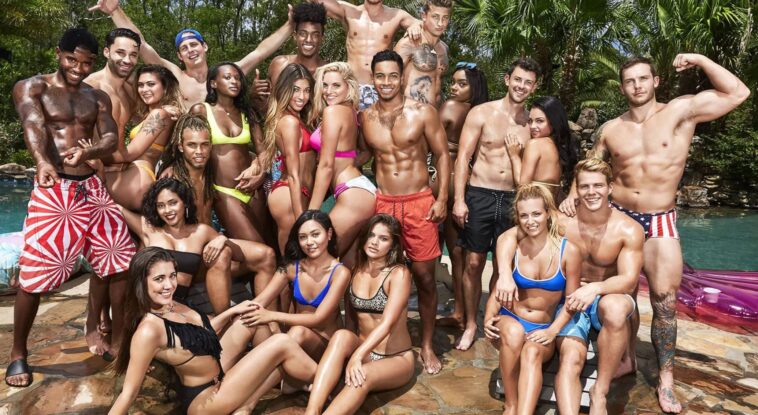 After a three-year hiatus, Are You The One? is making a grand comeback with its first-ever international edition. Filmed in Gran Canaria, Spain, the popular reality television dating series will feature a group of young and attractive singles from all around the world. The contestant will live together under the same roof as they try to achieve their goal of finding the perfect match.

Produced by ITV Netherlands, Are You The One? premiered on MTV on January 21, 2014. However, after eight successful seasons, the show is moving to Paramount+. Season 9 is slated to arrive on the streaming platform on January 18, 2023. Here is everything we know about the global edition of the dating competition.

Where To Watch Are You The One? season 9 in New Zealand?

The ninth season of Are You The One? is heading to Paramount Plus and is scheduled to premiere on January 18, 2023, exclusively on Paramount Plus. Since Paramount is not available in New Zealand, you will need an ExpressVPN subscription to watch this dating series.

How To Watch Are You The One? Season 9 From New Zealand

Are You The One? is scheduled to premiere on Paramount Plus internationally. You will need an ExpressVPN subscription to watch Are You The One? season 9 from New Zealand. Follow these steps:

Are You The One? Season 9 Release Date

Are You The One? season 9 is heading to Paramount Plus internationally. The previous seasons of this dating show are available on several streaming services, including Netflix, Hulu, and Crave. Etc.

If you like watching dating shows, check out how to watch Love Island UK in US and internationally. You can also watch Tulsa King, Transformers: EarthSpark and Criminal Minds: Evolution on Paramount Plus.

Are You The One? Season 9 Trailer

Are You The One? Season 9| How It Works

Are You The One? is a unique reality television series that relies on a dating algorithm to determine which cast members might be compatible with each other. The algorithm extracts data from questionnaires and detailed interviews with the participants, along with testing their compatibility using quantifiable means.

The result allows showrunners to identify the perfect pairs among the contestants. However, the singles appearing on the show are not privy to this information. Instead, they have to learn about each other from scratch and go through multiple tests to pick their ideal partner. The twist is that if they fail to identify their ideal mate as deduced by the algorithm, they fail the test and have to start all over. Though if all participants identify their predetermined mates, they can win the season and share a grand cash prize between them.

Who Will Host Season 9?

Former Miss Teen USA and renowned television host Kamie Crawford will host Are You The One? Season 9. The 30-year-old is also famous for her relationship advice and has experience hosting some of the most famous reality television shows, including Catfish.

Who Are the Cast Members?

The lineup for the upcoming season includes 22 singles from different countries, including the United States, the United Kingdom, Australia, New Zealand, the Netherlands, and Spain. Their names are as follows:

What Else Can You Watch on Paramount Plus?

Paramount has some of the best movies and tv shows for its subscribers. You can watch the following shows on Paramount:

If you are a fan of dating shows that use an unconventional approach to pair up contestants, Are You The One? could be your cup of tea. Catch all-new episodes of their reality TV phenomenon on Paramount+ this January.

We have tested ExpressVPN to watch Paramount Plus from New Zealand, and it worked perfectly. Therefore we highly recommend it to all our readers.