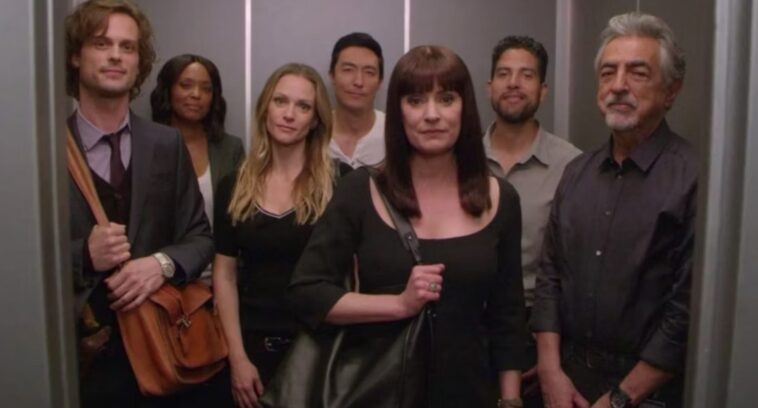 Two years after going off-air, the biggest and brightest of the Behavioral Analysis Unit are coming together once again to solve a more sinister case than anything they have ever experienced! Criminal Minds: Evolution is an upcoming limited series featuring new villains and familiar faces from the original show that ran between 2005 and 2020.

Where to watch Criminal Minds: Evolution in New Zealand?

If you don’t want to wait and wish to stream Criminal Minds: Evolution on Paramount+ from New Zealand, get ExpressVPN to change your IP address and watch Paramount in New Zealand.

How to watch Criminal Minds: Evolution in New Zealand on Paramount+

Criminal Minds: Evolution will premier on Paramount Plus on Thursday, November 24. The first two episodes will stream on Thanksgiving day, with the rest to follow on a weekly basis until the mid-season finale, December 15th, 2022.

The series is coming to Paramount in the same month when Tulsa King, Yellowstone Season 5, and Transformers: EarthSpark are making their way to screens.

After an unidentified suspect builds a network of notorious serial killers in the backdrop of the coronavirus pandemic, it is up to the elite team of criminal profilers at BAU to find the murderers before they wreak havoc across the country.

A Threat Unlike Any Other

Although the pandemic changed the way the world operates, the FBI never thought they would have to deal with a network of serial killers who communicated with each other to become better at what they do: murder innocent people. As the lockdown is lifted and life returns to normal, the network becomes operational, unleashing a new set of horrors on unsuspecting civilians.

How Is the Team Faring?

When the show picks up, each character is in a different place in life from when the fans last saw them. While David Rossi is dealing with an insufferable pain while serving as the unit chief, Emily Prentiss has moved further in her career. Meanwhile, JJ and Tara Lewis are pretty much living on the road as they struggle with the immense workload that comes with the downsizing of the team. On the other hand, Luke Alvez is busy analyzing and handling raw cases.

Is the Old Team Back Together for Good?

It is yet unconfirmed if Criminal Minds: Evolution will get a second season or if the team will stay together to solve other crimes. However, considering how the show is being revived nearly two years after its explosive finale, fans can keep their fingers crossed for more adventures featuring the members of the Behavioral Analysis Unit.

Aisha Tyler has been featured in several tv shows like Archer and Fear the Walking Dead. Joe Mantegna is also returning to the show, he was also in Criminal Minds (2005). Joe is a veteran actor best know for his performances in As We See It, The Godfather Part 3, and Baby’s Day Out.

He also voiced the character “Fat Tony ” in the Simpsons. He is again playing the character of David Rossi in Criminal Minds: Evolution. Here is a list of cast and characters in this series:

The first two episodes of this series are set to premiere on November 24, 2022, and the remaining to follow every Thursday on Paramount Plus. Here is the list of episodes in Criminal Minds: Evolution season 1.

We have tested ExpressVPN with Paramount Plus, and it worked perfectly. That is the reason we only recommend it to all our readers and subscribers.