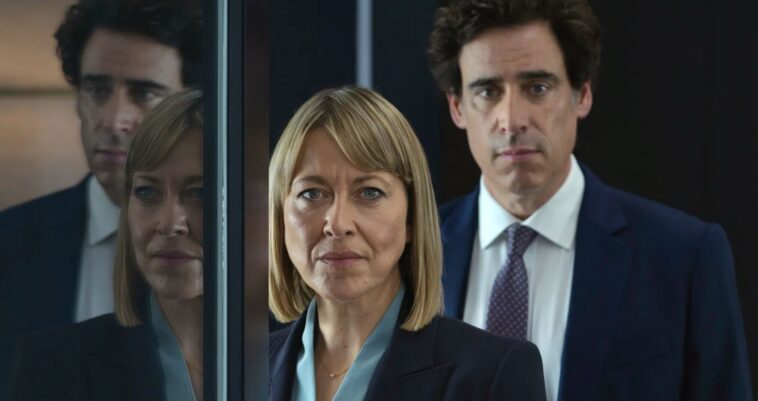 The Split is a British drama series aired on BBC for the first time on April 24th, 2018. Abi Morgan wrote and created the show, directed by Jessica Hobbs. The show consists of 3 seasons with a total of 18 episodes. The show starred Nicola Walker, Stephen Mangan, Fionna Button, and other actors in the main cast. The series is completed and discontinued, so there will be no season 4 for this series.

If you are here to find out how you can watch The Split in the United States & Canada for free then you have landed on the right page, so read on.

The Split is a British drama series, available for free streaming on BBC iPlayer. If you are in the UK then all you need is a BBC iPlayer account to stream the series.

If you are residing in the US or Canada and want to watch The Split for free then follow these steps:

Note: When you select The Split on BBC iPlayer, it will ask you “Do you have a TV license?” just click on “Yes I have” and play the show. (BBC iPlayer does not verify)

The series follows the lives of family members of the Dafoe family, who are all employed in the family firm Divorce Law. The only exceptions are the eldest daughter Hannah and the youngest daughter. The youngest daughter works as a childminder while Hannah works in another family law firm, Noble & Hale.

The show follows the daily cases that the family members handle and the effect on their characters and relationships due to their job. The second season came back in 2020 with almost the same cast and showed the merger between the two firms demonstrated in the first season, Defoe and Noble & Hale as the Noble Hale Defoe law firm.

The split is not just another courtroom drama show but offers much more to its viewers. It explores these lawyers’ everyday lives, relationships, and much more. The show can be compared to the Netflix show Suites, but the involvement of a family in it makes it much more exciting and entertaining to watch.

The show has a 7.7 out of 10 on IMDb, which is pretty good but very underrated and ignored. Similarly, Rotten Tomatoes has a tomato meter score of 76%, which is undoubtedly less than what this show deserves.

There is a ton of content you can stream with a VPN, some of which is listed below: