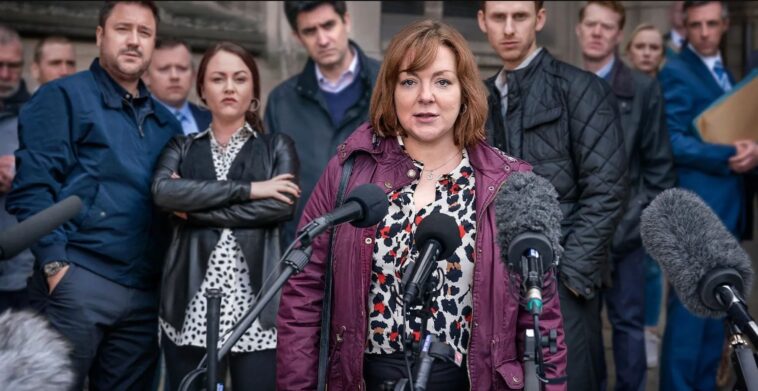 Four Lives is a Drama mini-series consisting of a single season only. It was aired on the BBC for the first time on 3rd January 2022. The series consists of 3 episodes, and the last episode came out on 5th January 2022. David Blair directs four lives. If you are here to find out how you can watch Four Lives in the United States and Canada then you have landed on the right page.

The show has an amazing cast, including Sheridan Smith as Sarah Sak, Stephen Merchant as Stephen Port, and Jaime Winstone as Donna Taylor. The story was completed on its third episode, so it will probably not be renewed for another season.

Four Lives is a British mini-series consisting of three episodes. The series is available for free streaming on BBC in the UK. If you are residing in the United States or Canada and want to watch Four Lives online then follow these steps:

BBC is one of the oldest and most prestigious channels in the world but sadly it is only accessible in the United Kingdom. But don’t worry we got you covered, here is how you can get a BBC subscription from the US and Canada:

The show is based on the true story of Stephen Port Murders. The killer Stephen Port murdered four young gay men, and the series covers how their families take a courageous step to get justice for their loved ones. In the first episode, it was presumed by the police officers that the four men were dead because of a drug overdose.

They try to cover up the whole scenario, but the friend and families of the victims remain unconvinced and believe that their loved ones were murdered. The prime suspect, Stephen Port, was just arrested because he lied to the police about his connection and meeting with the murdered victim. Still, as the story unfolds and the pieces start to match, it becomes clear and visible that these poor souls were brutally murdered, and Stephen Port was responsible for it.

The series has that element of thrill all along with the three episodes and would keep one stuck to their TV screens till the end of the series. The series has an excellent rating of 7.5 out of 10 on IMDb and a tomato meter score of 78% on Rotten Tomatoes. These ratings are justified because the show is thrilling from beginning to end.

There are hundreds of movies and TV shows you can watch with a VPN, some of which are listed below: