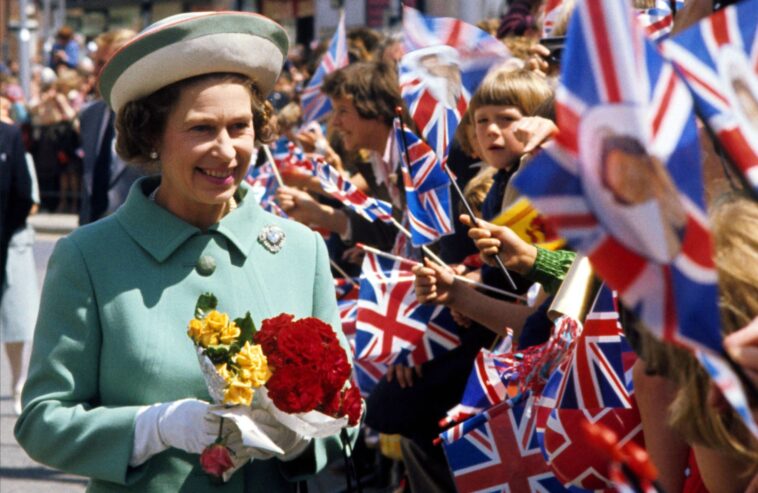 The year 2022 marks 70 years since the accession of Queen Elizabeth II, making her the longest-reigning British monarch in history. To commemorate her decades of service to the country and the Commonwealth, the United Kingdom has announced the Platinum Jubilee Central Weekend. Spanning between June 2 and 5, the four-day event will be jam-packed with parades, parties, pageants, television shows, and documentaries celebrating the Queen and her time on the throne.

So, hang the decorations and put on your party hats because the Queen’s Platinum Jubilee celebrations will culminate in one of the most meaningful weekends you have ever experienced. To put you in the mood for the festivities, we have put together a complete guide on what to watch on BBC One during the upcoming holidays.

The celebration week will stream exclusively on BBC in the UK. If you are in the US, Canada, Australia, or New Zealand and want to watch the Queen Elizabeth celebration then follow these steps:

What to Watch on Thursday, June 2?

Begin your celebrations with the live coverage of the Queen’s dazzling birthday parade. The Queen’s Platinum Jubilee: Trooping the Colour will air on BBC One at 10:00 AM.

Platinum Beacons: Lighting up the Jubilee will see more than 1,500 beacons lit across the United Kingdom, Channel Islands, Isle of Man, and capital cities across the Commonwealth. It will also be available for viewing on BBC One later in the evening.

Preparations are well underway for the #PlatinumJubilee!

What to Watch on Friday, June 3?

On the second day of the Queen’s Platinum Jubilee celebrations, BBC One will provide live coverage of the Jubilee Service of Thanksgiving at 09:15 AM. During this event, which will take place at St Paul’s Cathedral, the Royal Family members and their esteemed guests will show their gratitude to the monarch, thanking her for seven decades of service.

Moreover, those interested in the history of the enchanting gemstones adorning the crown of Her Majesty cannot miss out on the special Platinum Jubilee movie titled The Crown Jewels. It will air on BBC One at 7:30 PM.

What to Watch on Saturday, June 4?

The third day of the Queen’s Platinum Jubilee weekend will begin with live coverage of the Derby at Epsom Downs. However, the day’s main attraction would be the star-studded Platinum Party at the Palace, which will be covered live on BBC One. The party will be attended by some of the biggest names in the entertainment industry. It will also feature an array of performances by renowned singers while celebrating some of the most iconic moments of Queen Elizabeth II.

What to Watch on Sunday, June 5?

The final day of Platinum Jubilee Central Weekend will see many communities coming together for the Big Jubilee Lunch. Meanwhile, BBC One will also cover the spectacular Platinum Jubilee Pageant, which will take place in London and comprise four acts.

The Prince of Wales and The Duchess of Cornwall will join Platinum Champions and esteemed guests at the flagship #TheBigJubileeLunch at The Oval in London. pic.twitter.com/WBFH6RIxdL

The Prince of Wales and The Duchess of Cornwall will join the Big Jubilee Lunch on Sunday, June 5, 2022.

Act 1 of the event, called For Queen and Country, will include a military performance celebrating the Armed Forces from the UK and Commonwealth. On the other hand, Act 2 is called The Time of Our Lives, and it will celebrate the achievements of the country from 1952 to today.

Moreover, Act 3 is titled Let’s Celebrate, and as the name suggests, it will comprise a spellbinding celebration of epic proportions. The final act of the evening is called Happy and Glorious. It will be held at the Queen Victoria Memorial in front of Buckingham Palace and feature award-winning singer Ed Sheeran.

The River of Hope is also an essential part of the pageant, which will see 200 flags carried down The Mall like a flowing body of water. Designed by schoolchildren, each silk flag will represent the dreams and wishes of the children for the next seven decades.

What else can you watch on BBC iPlayer from Abroad?

You can access all the programs, movies, and TV shows on BBC from outside the UK if you have a workable VPN. Here is a list of content you should check out on BBC:

Want to join the party? you can catch all the action on BBC and ITV from the UK. If you are outside the UK and want to stream The Queen’s Platinum Jubilee Celebration then get ExpressVPN and select a British IP address.

We have tested ExpressVPN with several streaming services, and it worked every time; therefore, we highly recommend ExpressVPN to unblock websites and watch geo-restricted content.