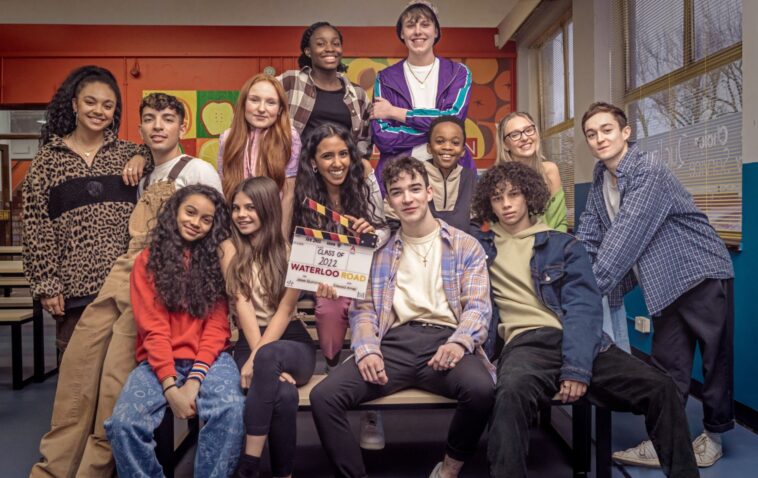 Ready for some teenage drama, action, and heartfelt moments? Waterloo Road is coming back after a whopping seven years from television screens. The 11th season of this highly loved high school drama is set to air in January 2023 after BBC’s decision to bring it back to television.

If you are here to find out where to watch Waterloo Road Season 11 in Canada & USA, read this guide to the last.

Where To Watch Waterloo Road Season 11 in Canada & US

The eleventh season of Waterloo Road is heading to BBC in the UK, and you can watch it for free on BBC if you reside in the UK. Things are a little different for BBC streamers since the streaming service is only accessible in the UK.

But don’t worry, with an ExpressVPN subscription, you can easily watch Waterloo Road Season 11 in the US and Canada for free.

Waterloo Road is heading to BBC and is set to premiere on  January 3, 2023. Since BBC is only accessible in the UK, you will need a workable VPN service to watch it from the US and Canada. Follow these steps to watch Waterloo Road Season 11 for free:

You can also watch Silent Witness Season 26, Happy Valley Season 3, and Love Island UK in USA in the month of January with ExpressVPN.

Waterloo Road In The Past

Waterloo Road was unequivocally amongst the best BBC dramas during its screening time and was based on the interesting happenings of a comprehensive school in Greater Manchester. The last three seasons of this award-winning contemporary school show witnessed a change in location from Rochdale in Greater Manchester to Greenock in Scotland.

With a primary focus on the intricate relationship between teaching staff at the school and the pupils, Waterloo Road wowed the audience with its supportive approach towards matters of teenage importance.

What To Expect From Waterloo Road Season 11

BBC released a few teasing photos of the series, showing an exciting dynamic between parents, teachers, and students who rely on each other to traverse through the post-Covid world and its ever-altering social landscape.

The show covers matters of social importance, especially those including sexism, teen homelessness, the high expenditure of sustenance, mental health, racism, being LGBTQ+, sexism, and several other arenas lying on the shoulders of the new generation’s young minds.

An Amalgamation of Friendship, Romance, and Fun

Despite the serious social undertones in this show, Waterloo Road is a perfect amalgamation of fun, romances, and friendships, and how teenagers, parents, and teachers living in post-Covid England make time for all that. The school term in this show pushes a lot on the students’ plates, but they will learn to cope with it and survive the hardships by learning to lean on each other and stay out of detention!

With an increasing spotlight on education in the UK, Headteacher Kim Campbell – played by Angela Griffin – along with her team, strives to deal with challenging kids, fractured families, scandals, and riots adopting the principle of fire-fighting as a way of life.

The gripping and entertaining human stories in this show stretch along the lines of crucial issues of the present day. They are thus the aptest lens to navigate the social conditions of post-Covid Britain through the eyes of those who have been affected by it the most but acknowledged the least: the younger student generation.

What Else Can You Watch On BBC?

BBC is one of the world’s oldest and most premium content producers. You can watch dramas like the Peaky Blinders and documentaries like BBC Earth on the free streaming service. Here are a few tv series you should check out on BBC:

Catch Waterloo Road season 11 on 3rd January 2023 on BBC and stream weekly episodes! We have tested ExpressVPN to watch BBC iPlayer from the US, and it worked perfectly. Therefore we highly recommend it to all our readers.

The series might release on BirtBox with a two-week delay. But why wait when you can watch Waterloo Road season 11 for free in Canada and the US on BBC for free with an ExpressVPN subscription?