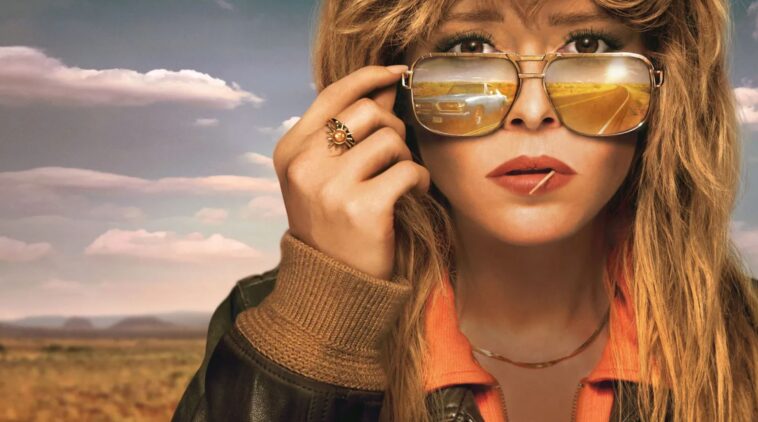 Rian Johnson, the writer and director of the critically acclaimed movie Knives Out and its 2022 sequel Glass Onion, is bringing a brand-new murder mystery to Peacock this January. Poker Face is an upcoming television series revolving around a casino worker with an innate ability to tell when people are lying. This ability allows her to solve strange crimes while on the run.

If you are here to find out where to watch Poker Face in Canada, read this guide to the last.

Where To Watch Poker Face in Canada?

Poker Face is an upcoming American tv show heading to Peacock in the US. You can get a Peacock account for $4.99/m and $49.99 per year. For Canadian streamers, no soup for you.

If you reside in Canada, get an ExpressVPN subscription to watch Poker Face in Canada on Peacock.

How To Watch Poker Face in Canada on Peacock

Poker Face is heading to Peacock TV in the United States. If you reside in Canada, get an ExpressVPN subscription and watch Poker Face from Canada. Follow these steps:

Peacock TV is yet to reach Canada, but that does not mean you can not watch it from Canada. Get an ExpressVPN subscription to watch Peacock from Canada:

Poker Face is heading to the streaming platform on Thursday, January 26, 2023. It will consist of 10 episodes, with the first four being released on the same day. Moreover, each episode will follow the infamous howcatchem format, showcasing an eccentric case every week.

You can also watch New Amsterdam Season 5, The Traitors, BFM Season 2, Quantum Leap, How I Caught My Killer, Fantasy Island, The Drop, and Happy Valley Season 3, in Canada with an ExpressVPN account. If you are into reality shows, watch Love Island UK 2023 in Canada.

The trailer for Poker Face was released on Peacock’s official YouTube channel on January 5, 2023. It has managed to gain more than 6.4 million views in a short span of time.

Charlie Cale is not just a casino worker on the run; she is also an unauthorized detective extraordinaire with a unique skill set that helps her solve bizarre crimes while on the road in her trusty Plymouth Barracuda. With the casino’s head of security chasing her across the country, Charlie will hop from one place to another and solve cases between each stop.

Charlie is an ideal person to investigate strange crimes as she appears to have the ability to sniff out lies. Moreover, Lyonne said each episode of the series was a fun experiment, which means audiences will be treated with something fresh yet peculiar every week. The show will also feature a splash of comedy, so rest assured, it will be an exciting ride.

Since the show is going to follow the good old mystery-of-the-week format, viewers can expect to watch a slate of new characters encountering Charlie in each episode. Although the details of these cases are being kept under wraps, many top celebrities have been confirmed to appear in the series. These stars include Joseph Gordon-Levitt, Luis Guzman, Stephanie Hsu, David Castañeda, Adrien Brody, Dascha Polanco, Jameela Jamil, and more.

The Cast Of Poker Face

Starring Russian Doll actress Natasha Lyonne and ALMA Award-winning actor Benjamin Bratt in the lead roles. Lyonne is best known for her role in Orange is the New Black and American Pie. She has also been in movies like Ad Astra, Scary Movie 2, etc.

Benjamin Bratt does not require an introduction. We all know him from Miss Congeniality as Eric Matthews. Brat has also appeared in TV series like Modren Family, DMZ, etc. Joining the cast is Colton Ryan from The Girl from Plainville. Here is the complete cast list.

If you are a fan of classic mystery series such as The Rockford Files or Columbo, you will likely fall in love with Poker Face. Since Rian Johnson has used cult-classic shows as his inspiration to pen each episode. So, make sure to add the comedy thriller to your to-watch list as it arrives on Peacock this January.

We have tested ExpressVPN to watch Peacock TV from Canada and outside the US, and it worked perfectly. Therefore we highly recommend it to all our readers and subscribers.