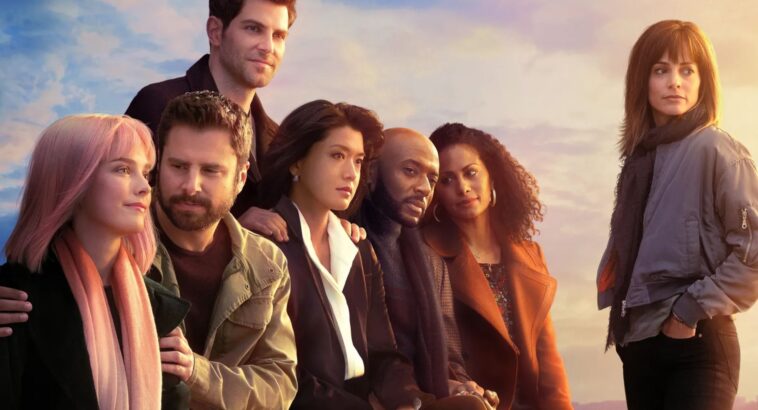 The news is official! The upcoming season of ABC’s “A Million Little Things” is officially it’s fifth and last. This final chapter is set to premiere on February 8th, 2023, and will air on Wednesdays at 10 p.m. in a serialized ensemble drama’s original time slot, the very spot where the AMLT launched in the fall of 2018. After a brief lapse, the show returned to Wednesday midway through Season 3.

If you are here to find out where to watch A Million Little Things in Canada, read this guide to the last.

Where To Watch A Million Little Things Season 5 In Canada?

Since ABC is only accessible in the US, you will need a workable VPN to change your IP address to unblock ABC from Canada. We highly recommend getting an ExpressVPN account to watch A Million Little Things from Canada. Follow these steps:

The fifth and final season of A Million Little Things is set to premiere on ABC on February 8, 2023 exclusively in the United States. There is no word on the international release date of the series, but we can anticipate seeing the series on Global TV in Canada and on Paramount+ in Australia.

You can watch Will Trent, Killing County, How I Caught My Killer, Quantum Leap, The Drop, and Happy Valley Season 3 with an ExpressVPN subscription.

What To Expect From A Million Little Things Season 5

“A Million Little Things,” tells the story of the tightly-linked bonds between a group of friends who embark on a journey of living a better and more motivated life after one of their close friends dies unexpectedly. The show follows their journey of friendship and how they seek support from each other to continue with life in ways that proffer viewers both emotion and inspiration.

A Recap Seeping Into The Final Ride

“A Million Little Things” ended its fourth season with a cliffhanger, raising expectations for the fifth season. It unequivocally proved an emotional rollercoaster for the viewers, with Gary and Maggie thinking that she might be pregnant, only to end up with the disappointing ordeal of her getting her period and facing the failure of their in-vitro fertilization efforts. But the rollercoaster didn’t end, as their doctor announced that the bleeding was, in fact, quite normal, and they were actually pregnant!

A Revelation No One Was Ready For

Before the doctor’s visit, Gary returns the camera borrowed to tape the baby to Rome, simply because he doesn’t have a need for it anymore. However, Rome makes a startling discovery when going through the camera. He discovers something he wasn’t supposed to: Gary’s recorded video message to his future child, stating that he would most probably not be alive by the time the child was born, revealing to stupefied viewers that the lump in Gary’s breast was benign and had in fact spread to his lungs. Gary had been undergoing chemotherapy secretly since the beginning of the season, purposely keeping it from his friends, and the supposed food poisoning hadn’t been food poisoning at all but rather a reaction to the chemotherapy.

The Cast Of A Million Little Things

The fifth and last season is bound to cover a birth, but will it also cover a death? Viewers are psyched to find out. The cast of this series is led by David Giuntoli and Romany Malco. Giuntoli is best known for 13 Hours, and Malco has been seen in tv shows like Weeds and The Good Wife.

Joining the cast is Lizzy Greene as Sophie Dixon and Allison Miller as Maggie Bloom. Miller has been on screen in 13 Reasons Why and Terra Nova. Joining them is Christina Moses as Regina Howard. Moses has worked in tv series like The Originals, Condor, etc. Tristan Byon is also in the cast of this amazing tv show. He has been seen in Two and a Half Men, Grey’s Anatomy, etc.

What Else Can You Watch On ABC?

ABC has some of the best tv shows and awards. You can access abc.com from the US or get a workable VPN account if you are outside the US. Here is a list of ABC shows you should check out: