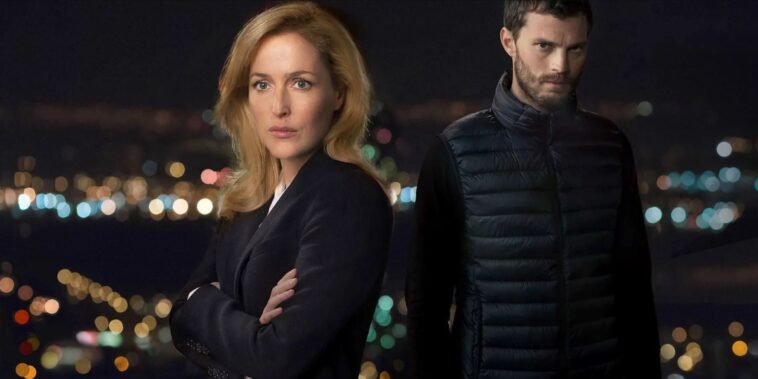 The Fall is a crime / psychological- thriller British TV series released by BBC for the first time on 13th May 2013. It has three seasons, and the last episode of the third season aired on 28th October 2016. Allan Cubitt wrote it, and he also directed some of the show’s episodes. There are 17 episodes in the show, with each episode having a runtime of around fifty-five to sixty minutes. If you are here to find out how to watch The Fall (2013) on Netflix then read on.

Where else can you watch The Fall online?

The Fall is available on a number of VOD services, some of which are listed below:

With a VPN you can cross borders with a single click. Here is a list of movies and TV shows you should check out:

The show closely follows the lives of two people; the first one is the serial killer who kills people in the areas of Belfast and Northern Island. The second one is a female police detective, DSI Stella Gibson, from the London Metropolitan Police, who is assigned to catch this serial killer. The local police of these areas are pretty non-experienced in crimes of such a nature.

They have no prior experience in dealing with sexually motivated crimes. She is given a task force to lead and stop the killings as the number of victims killed by this serial killer increases daily. On the other hand, The serial killer, Paul Spector, is hiding in the form of an ordinary man, living a double life. He is so good at pretending that nobody could ever think of him as the psycho serial killer.

The show has a unique element of thrill that keeps the viewer glued to their television screens all along with the show. The show’s third season was not quite up to the mark, but it was good enough to satisfy the fans eagerly waiting for the new season.

The show has pretty decent and outstanding ratings on IMDb and Rotten Tomatoes. It has a score of 84% on Rotten Tomatoes and is rated at 8.1 out of 10 on IMDb.