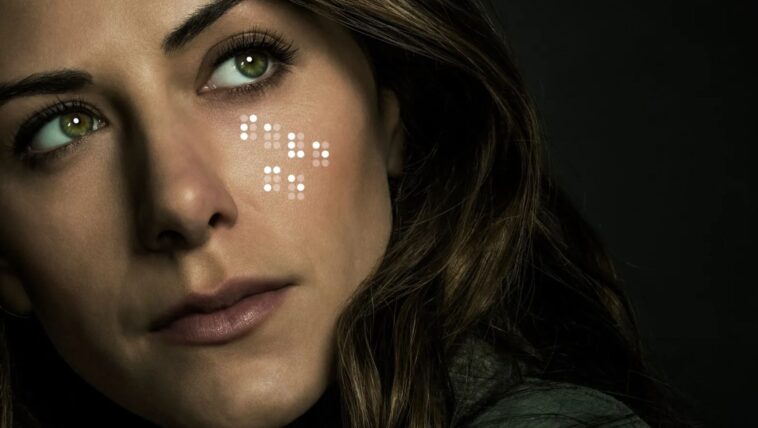 A story about a young blind woman solving chilling murders along with her guide dog may sound like a plot for a bad comedy series. However, In the Dark somehow manages to overcome the clichéd tropes with good characterization, an intriguing plot, dark humor, and many twists to keep the viewers hooked to their TV screens.

Created by Corinne Kingsbury, In the Dark is an American crime drama that debuted on The CW on April 4, 2019. The television show received a positive response from the viewers, prompting the network to renew it for Season 2, which premiered on April 16, 2020. The third season of In the Dark hit the airwaves on June 23, 2021. Meanwhile, the fourth and final season of the mystery dramedy is slated to premiere on June 6, 2022. If you are here to find out how to watch In the Dark on Netflix then read on.

In the Dark is on Netflix but streaming only in the United States. If you are residing in the US the only thing you need is an active Netflix account but if you are located in the UK, Canada or Australia then follow these steps to stream In the Dark on Netflix:

Watch In the Dark on Netflix | Step by Step guide

To stream In the Dark season 1-3 you will need an active Netflix subscription and a workable VPN if you are outside the United States.

ExpressVPN offers dedicated applications for Windows, Android, iOS, Mac OS, and Linux systems. ExpressVPN also has apps for PS4 and Xbox, and not only that, you can secure up to five devices with a single subscription plan.

3- Select a US Server

To watch In the Dark on Netflix UK or Canada, you need a US IP address. Connect to an American server in the ExpressVPN app.

After connecting to a US IP address, open Netflix on your browser or in-app and search In the Dark on Netflix. You can now see the series on your screen so enjoy!

In the Dark Netflix Countries

The fourth season of In the Dark is set to premiere on 6th June 2022. The season will stream on CW for a month or two before coming to Netflix. If you are wondering how you can watch In the Dark season 4 on CW from anywhere then follow these steps:

In the Dark is available on a number of VOD services, some of which are listed below:

When it comes to content, Netflix has one of the biggest libraries in the world. Netflix lost 200,000 subscribers in the first quarter of 2022 which makes us think Is Netflix going down? But it’s not.

Here is a list of movies and TV shows you should check out on Netflix:

Can you watch In the Dark on Netflix for free | With a free VPN?

The short answer is No.

We have tested a dozen free VPN services claiming to unblock Netflix, but they didn’t work as per our expectations.

Therefore we highly recommend ExpressVPN to watch American Netflix in the UK and US Netflix in Canada.

In the Dark- Trailer

The trailer for the first season of In the Dark aired on YouTube on February 7, 2019. The clip gives a glimpse into the life of Murphy Mason and her relationship with those around her.

In the Dark- Plot

The television series revolves around Murphy Mason, a woman in her 20s who lost her eyesight during her teen years. She has a destabilizing dependency on alcohol and leads a self-destructive lifestyle, which consists of getting drunk at her favorite bar and picking up strangers for meaningless relationships. Murphy also despises her job at the guide dog training school run by her parents, and neither does she like her guide dog, Pretzel.

Moreover, Murphy only has two friends – her roommate Jess and a teenager named Tyson, who also happens to be a drug dealer. After he saved her from mugging in the street, the two became friends. However, the protagonist finds her life turning upside down after she stumbles onto his body in a dark alley. Since Murphy is blind, she only recognizes the body as Tyson’s after touching his face. Though by the time the cops show up, the body is nowhere to be found, leaving Murphy as a sole witness to the crime that didn’t occur.

The first season of In the Dark focuses on Murphy finding a new purpose in life and dedicating her days to solving the murder of her friend, all the while managing her colorful dating life. The second season of the television series shows Murphy helping out Max as Dean leverages them against each other. Meanwhile, the third season centers on Murphy and her group landing in the crosshairs of the police.

In the Dark- Release and Reception

In the Dark has received mostly positive reviews from critics and general viewers alike. The crime drama is lauded for its exciting character development and gripping sub-plots. It has an IMDb rating of 7.5/10 based on 11,000 user reviews. Meanwhile, it has an audience rating of 68% on Rotten Tomatoes.

The bottom line is In the Dark Season1-3 is available on Netflix but only in the United States, if you are residing outside the US then employ a VPN and watch In the Dark on Netflix.

The fourth season of In the Dark will stream on CW which is also restricted to the United States. Use ExpressVPN to watch In the Dark S4 on CW from anywhere outside the US.