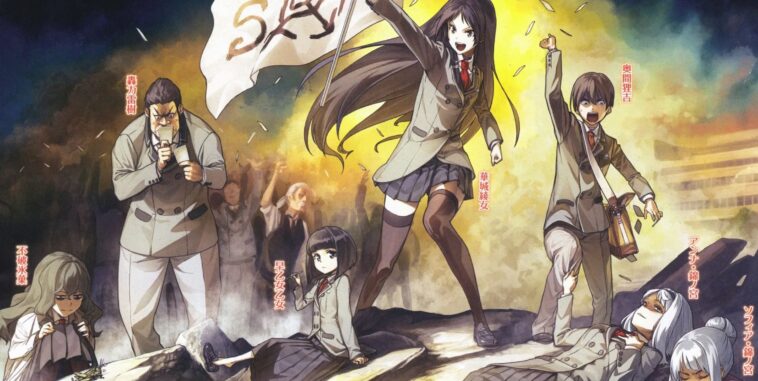 Shimoneta: A Boring Society Where the Concept of Dirty Jokes Doesn’t Exist is a comedy-based Japanese light novel series. Hirotaka Akagi wrote Shimoneta, which Eito Shimotsuki further illustrated. However, Shogakukan put out eleven volumes, and a manga adaptation series with art by Yuzuki N was published in the magazine Monthly Comic Blade in March 2014.

In addition, J.C.Staff aired an anime television series from July to September 2015. Shimoneta is considered a vulgar slang word used for dirty or blue jokes in Japanese. If you are here to find out how you can watch Shimoneta on Netflix then read on.

Where Else Can I Watch Shimoneta Online?

Shimoneta is available on a number of streaming platforms around the world. Here are a few of them listed as per their countries:

Frequently Asked Questions to Watch Shimoneta on Netflix and Online

1- Is Shimoneta on Netlfix?

Yes, Shimoneta is streaming on Netflix but in a limited number of regions. Use a VPN service if you can not find it in your Netflix library.

2- How many episodes of Shimoneta are there?

There are 12 episodes in the first season of Shimoneta.

3- Is Shimoneta in English dub on Netflix?

Yes, the series is available in an English dubbed version.

4- Where to watch Shimoneta online?

Shimoneta is available on Netflix, Funimation, Crunchyroll, and Kissanime (not recommended). But the best way to stream Shimoneta is on Netlfix.

5- Can I Watch Shimoneta for Free?

Yes, you can stream Shimoneta for Free on Netflix if you are located in Italy. All you need is an active Netflix account and you are good to go. Other free options include Kissanime and other free streaming websites, but we don’t recommend them.

6- Where to watch the Shimoneta uncensored version?

The uncensored version of Shimoneta is only available on Funimation, Netflix has cut some parts of the anime series. Another fully uncensored option is getting a Blu-ray DVD of Shimoneta.

The censored version has very few cuts, but those are the funny ones. In the fourth episode of Shimoneta, Anna binds a guy up and puts her panties on his head, you can see her nipps and everything else.

In Episode 06 of Shimoneta, the lab girl is naked, but you can not see her coochie because that is censored.

Tanukichi Okuma is a new high school student who enters the country to reunite with his childhood crush, Anna Nishikinomiya, the student council president. Instead, Tanukichi finds himself interlink with the unhealthy terrorist Ayame Kajou, “Blue Snow,” when she kidnaps him.

She also forced him to join her organization, “SOX,” where they promoted pornographic material all around the city to show the objection to rules and regulations.

This anime show becomes engrossing and exciting due to the dystopian future, which makes this show different from others. So, it’s worth watching if you are unaware of this imaginary society and dirty jokes. IMDb rated it 7/10 for its remarkable progress in a sex comedy, making it solidly funny and one of the must-see anime among all.

We have listed all the possible ways to stream Shimoneta: A Boring World Where the Concept of Dirty Jokes Doesn’t Exist Online. The answer to the burning question is yes you can watch Shimoneta on Netflix from the United States, UK, Canada, or anywhere in the world with a workable VPN service, We recommend ExpressVPN, because of its fast server speed and 256-bit end to end encryption which allows unblocking and streaming at a blazing fast speed.