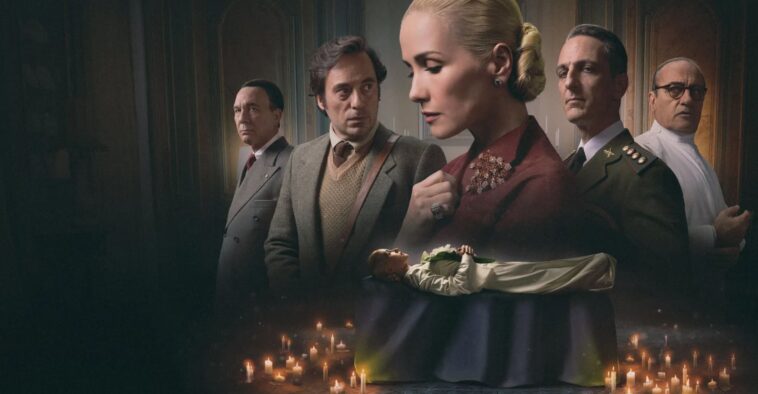 Based on the best-selling book of the same name by author Tomás Eloy Martnez, Santa Evita is a Latin American television series that centers on the former Argentine first lady, Eva Perón. The upcoming historical drama will tell the compelling and bizarre tale of what happened to her embalmed corpse following her death from cancer in 1952.

Directed by Rodrigo Garcia and Alberto Maci, Santa Evita will explore the fascinating story throughout seven parts. The television series will focus on the aftermath of Eva’s death and how her body awaited burial for years. Moreover, it will give a glimpse into the lives of those around her.

Santa Evita will premiere on Hulu on July 26, 2022, in the United States, if you are wondering where to watch Santa Evita in Canada then read on.

How to watch Santa Evita in Canada on Hulu

Hulu is not available in Canada but that does not mean you can not have a Hulu subscription. Follow these steps to get a Hulu account from Canada:

The YouTube channel of Star+ Latino America released the official trailer for Santa Evita on June 21, 2022.  The clip captures how Eva Perón’s body was left without a grave and kept hidden for years as political and social unrest raged around her.

Focusing on the mythology surrounding the corpse with no grave, Santa Evita will showcase how Eva Perón had become an important political figure in the days leading up to her sad demise in 1952. She was the wife of Argentinian President Juan Domingo Perón, who was deposed in a military coup three years later.

To prevent Eva’s corpse from becoming a political symbol against the government, the military removed her body from its resting place. Her body went missing for over 20 years, plaguing the nation’s political and social scene.

Given its fascinating origin story, Santa Evita is expected to become a hit among viewers. However, as the show has not yet premiered on Hulu, its ratings are not presently available. Meanwhile, over 42K people have watched its official trailer on YouTube.

What else can you watch on Hulu with a VPN

Hulu is considered to be one of the best content producers in the world. Here are some popular Hulu flicks you can watch with a VPN from Canada:

If you like watching content with a historical and political angle then this TV show is for you. Watch Santa Evita’s complete series on Hulu from Canada with ExpressVPN. We have tested Hulu with ExpressVPN and it worked perfectly fine, therefore we highly recommend using ExpressVPN to cater to all your streaming needs.