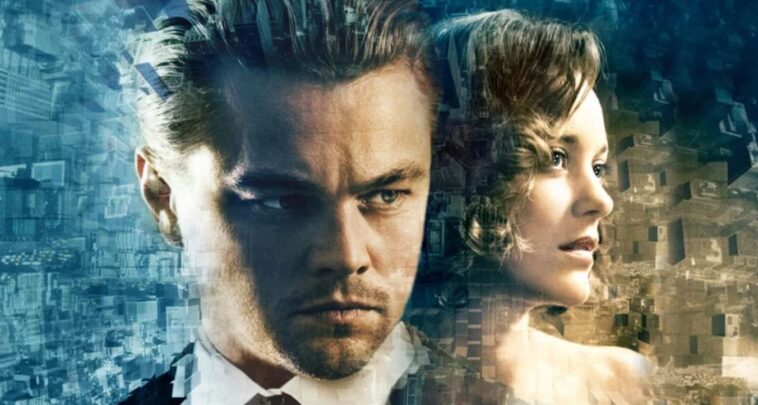 Inception is a sci-fi action film. Christopher Nolan wrote, directed, and produced this film. Emma Thomas, Nolan’s wife, assisted him during production. Renowned stars like Leonardo DiCaprio, Tom Hardy, Dileep Rao, and Cillian Murphy lead the film. Inception is streaming on Netflix if you are wondering where to watch it.

The film shows Leonardo as a professional criminal. He first gets access to the subconscious of his targets and steals essential information. Leonardo was given a chance to clear his criminal records as payment for embolizing another person’s thoughts into a target’s subconscious.

Inception was first aired in London on July 8, 2010. The film was successful as it grossed over $828 million worldwide, becoming the fourth-highest-grossing film of 2010. IMDb rates it 8.8/10, and Rotten Tomatoes gives it an 87% rating. Inception was also recognized as one of the best films of the 2010s.

So, after watching the success of Inception, we decided to provide viewers with an article about movies similar to Inception.

The Truman Show is an American psychodrama film. Scott Rudin, Andrew Niccol, Edward S. Feldman, and Adam Schroeder are the producers of this masterpiece. However, The Truman Show was directed by Peter Weir and written by Niccol. The film cast includes Jim Carrey as Truman Burbank.

The film shows a man whose life is a fraud. He lives in a place where cameras are hidden, and his friends and close ones play roles in a TV series in the world: The Truman Show. Truman doesn’t have any idea how he is utilized. He always thinks he is just an ordinary man, but later on, he realizes everything.

This movie is similar to Inception, which is highly recommended as IMDb rates it 7.3/10, and Rotten Tomatoes gives it a 99% rating.

Where to Watch The Trueman Show (1998) Online

The Turman Show is considered as a masterpiece in every aspect. The movie is directed phenomenally and Jim Carrey did his best work in the film. The movie can be streamed on the following platforms: Timecrimes is one of the eighth movies which is similar to Inception, It is a Spanish sci-fi film. Nacho Vigalondo wrote and directed this film and casts Karra Elejalde as Héctor.

The film shows a common man named Hector. He is shifting to a new house with his wife. However, once he was looking through his binoculars, he saw a stripped girl in the woods. He rushed towards her, and then a man stabbed Hector in his arm with scissors. He was approached by a scientist, who sent Hector back in time using a time machine.

Where to Watch Timecrimes (2008) Online

Timecrimes is streaming on a number of OTT streaming services, some of them are listed below:

Also Read: Movies You Should Watch if You Loved Gone Girl

3- Coherence (Recommend by Us) Coherence is an American science fiction psychological engaging film. James Ward Byrkit, in his directorial debut, directed this film and it first premiered on September 19, 2013, starring  Emily Foxler in the leading role.

Coherence shows eight friends who meet for dinner while a comet passes over their heads. After which, a blackout was seen around the neighborhood, and eventually, uneven events began. The friends start traveling to investigate why a specific house has lights. Moreover, the friends arrived in a world where they found their alternate versions.

Coherence is one of the best films as it was rated 7.2/10 on IMDb and 88% on Rotten Tomatoes. It’s worth watching and highly recommended.

Where to Watch Coherence (2014) Online Paprika is a Japanese animated film directed by Satoshi Kon. Paprika is a Yasutaka Tsutsui novel based film. Kon and Seishi Minakami are the co-writers of the scripts. Animation and production were done in the Japanese animation studio Madhouse.

In this movie, three scientists at the Foundation for Psychiatric Research invented the D.C. Mini, which assists people in recording and watching their dreams. But unfortunately, they failed to secure this device and a thief used it to access people’s minds when they are awake and divert them with their dreams and those of others. If you have an active Netflix subscription then you are in luck, because Paprika is streaming on Netflix.

The film is considered visually enigmatic. Rotten Tomatoes rates it 85%, and IMDb gives it a 7.7/10 audience rating, making it a must-see film for the audience.

Paprika is streaming on limited OTT services. We have created a list where you can stream Paprika online.

Also Read: Here is how you can watch all Jurrasic Park movies An Australian science fiction action gripping film named Predestination is similar to Inception in a number of ways. The movie was written and directed by Michael and Peter Spierig. The cast includes Ethan Hawke, Sarah Snook, and Noah Taylor.

Predestination shows the Temporal Agent’s life records sent on a complicated series of time-travel journeys designed to guarantee the continuation of his law enforcement career for all time. Furthermore, the Agent has to pursue the one criminal that has neglected him throughout his last assignment.

Predestination is considered to be the most mind-boggling Sci-fi movie ever made, landing it on the list of movies simpler to inception.

Predestination is reviewed as one of the best films like Inception, which was rated 7.5/10 and 84% on IMDb and Rotten Tomatoes, respectively.

Where to Watch Predestination (2012) Online

Here is a list of VOD services streaming Predestination online:

Total Recall is an American science fiction action-drama film. Len Wiseman directed the film, which stars Colin Farrell, Kate Beckinsale, and Jessica Biel. Kurt Wimmer and Mark Bomback did the screenplay based on the 1990 film of the same name.

Total Recall is based on a character named Douglas Quaid. A construction worker in the year 2084 dreams of visiting Mars. Instead, he sees “Rekall,” an organization that bows false memories into people’s brains to experience the thrill of Mars.

Quaid finds out that his life is a fake memory. Viewers are recommended to watch this film to see how Quaid handles this confusing situation like Cobb(De Caprio) dealt with the memory of his wife and children in Inception.

The film was successful, grossing over $198 million across the world. However, total Recall was rated 82% and 7.5/10 on Rotten Tomatoes and IMDb, respectively.

Where to Watch Total Recall (2012) Online

Total Recall is an Inception-like movie, that is available online on multiple streaming platforms. some of them are listed below.

Time Lapse is an American physiological thriller. Bradley D. King directed the film and starred Danielle Panabaker, Matt O’Leary, and George Finn. However, it was first aired on April 18, 2014, at the Brussels International Fantastic Film Festival.

The film shows three friends who find a time machine that takes photos of the future. They started to use it, and they won race bets. However, things turn bad when one of the friends gets greedier than another, which leads them to lose faith in each other, and the situation soon gets out of hand.

This Inception-like film is worth watching as it was highly appreciated by audiences in every aspect. It received a 78% rating on Rotten Tomatoes and a 6.5/10 audience rating on IMDb.

Time Lapse is a 2014 movie that is available on a number of streaming platforms. We have created a list of VOD services streaming Time Lapse

Inception is a film with different and unmatchable flaws and twists. However, the film mainly includes revolutionary thrillers. That is why we made it more accessible for you by listing top films like Inception, as these films played significant roles in providing excellent science fiction, hoping viewers will most probably give the same reviews.