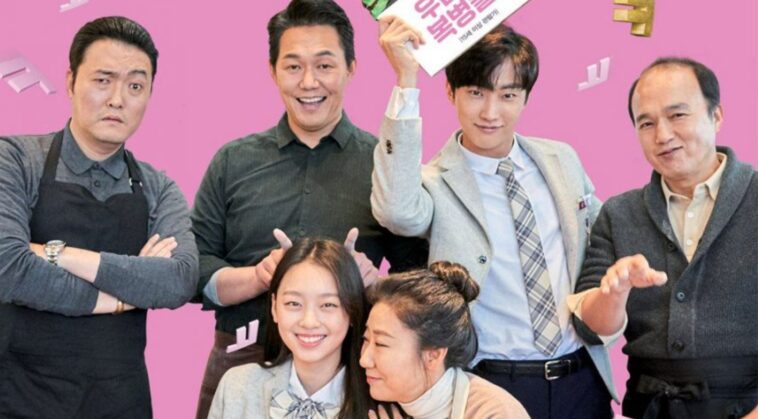 The Dude in Me (2019) is a movie that you will like because it keeps your attention throughout the film and makes you laugh. The film is directed by the renowned Korean director Kang Hyo-Jin. The cast consists of some big names such as Jung Jin-Young, Park Sung-Woong, and Ra Mi-Ran. So if you are looking for some good laughs, you should check out this movie; you won’t be disappointed!

How to watch The Dude in Me on Netflix

The Dude in Me Netflix countries

Korean movie fans from around the world keep searching “which country has The Dude in Me on Netlfix?”. We did research and found that The Dude in Me is only available on Japanese and South Korean Netflix.

The Dude in Me- Trailer

The Dude in Me- Plot

The film’s story revolves around Dong-Hyun, who accidentally falls from the top of a building and lands on top of Pan-soo, a well-known gangster. When they wake up in the hospital, they closely discover each other’s lives. In terms of its production quality,

The Dude in Me is a step above most other movies made for its budget. With special effects and visual effects are done very well, it’s apparent that a lot of time was spent making sure things looked as good as possible for such a low-budget movie.

The costume designs and set designs are also professional; there are no clashing colors or weird fabric choices for costumes. Overall, one might even say that The Dude in Me was better than one would expect from watching its trailer.

The acting quality in The Dude in Me was top-notch. On a scale of 1 to 10, it deserves an 8. This film is a must-watch because of how well everyone acted and performed their roles, even if it was them talking to themselves.

The Dude in Me- Ratings

IMDb has rated the film 6.9/10, and Rotten Tomatoes has rated it 71% fresh. The Dude in Me isn’t for everyone; it is a niche film with its sensitive exploration of masculinity, trust, and responsibility. That said, it is excellent from start to finish.