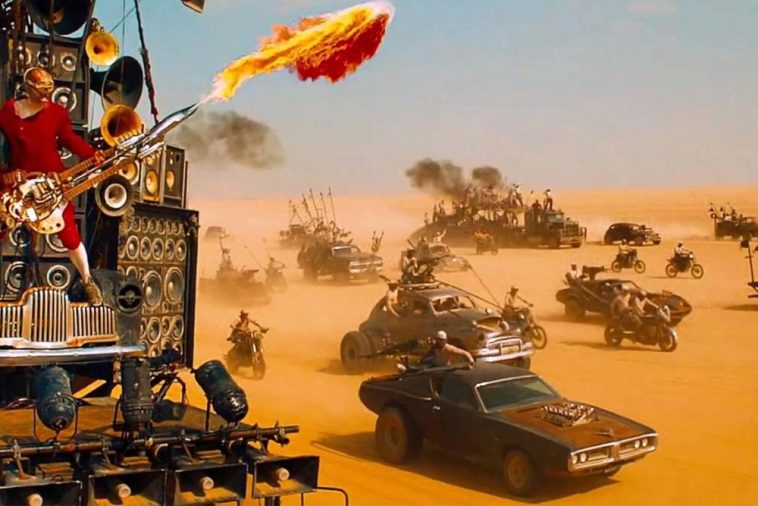 Fury Road, a 2015 Australian post-apocalyptic action film, was co-written, co-produced, and directed by George Miller. On the screenplay, Miller collaborated with Brendan McCarthy and Nico Lathouris. It was produced by Kennedy Miller Mitchell and RatPac-Dune Entertainment and distributed by Village Roadshow Pictures in Australia and by Warner Bros. in the United States. You can watch Mad Max: Fury Road on Netflix by reading this blog.

Mad Max Fury Road was the fourth installment of the Mad Max franchise. Starring Tom Hardy, Charlize Theron, Nicholas Hoult, and others. Fury Road takes place in a post-apocalyptic landscape where gasoline and water are scarce and Max Rockatansky joins forces with Imperator Furiosa to flee cult leader Immortan Joe and his men in an armored tanker truck, leading in a long road battle.

Yes, Mad Max: Fury Road is Streaming on Netflix but in a limited number of countries. Here is the list of countries streaming mad max: Fury Road on Netflix. (The movie can be removed from any country without prior notice, We have checked Fury Road’s presence in the Netflix library of Isreal only)

Luckily Amazon Prime maintains the biggest content library in the world just after Netflix. Mad Max: Fury Road is also available on Prime Video but in a limited number of countries.

The unavailability of Fury Road in your country is due to copy-rights, but you can stream it by following these simple steps:

Mad Max: Fury Road is available for rent of $3.99. Price may vary from country to country.

Can I stream all parts of Mad Max on Netflix?

Yes, you can stream all parts of the Mad Max franchise on Netflix with a VPN. Mad Max 1979, Mad Max 2: The Road Warrior, and Mad Max: Fury Road, all are available on Netflix India.

Mad Max: Fury Road is available on Netflix in a limited number of countries. You can watch it by getting a workable VPN and connecting to an Israeli IP address.

Yes, the fourth installment of this franchise is available on Netflix but not in the US or UK. The movie is available in a handful of countries. So get a VPN and watch Tom Hardy in action.

3- Can I Watch Mad Max: Fury Road without watching the previous parts?

Yes, you can watch the fourth movie without watching the previous films. Mad Max: Fury Road is not connected to the previous three parts making it a reboot of this universe and franchise.

The movie was mostly shot in the Dorob National Park, Namibia. However, some shots were done in a movie studio in Cape Town.

Unfortunately, the movie is not streaming on Hulu. Mad Max: Fury Road is produced under the WarnerBros umbrella making it exclusively available on HBO Max.

No, the movie is not streaming on Disney+ at the moment. But you can watch a number of great movies and TV shows on Disney Plus including Death on the Nile, Captain America: The First Avenger, Tokyo Revengers (Anime), Modren Family, This is Us, and many others.

An apocalyptic tale placed in the most outlying reaches of our planet, in a desolate desert landscape where humanity has broken down, and almost everyone is fighting for survival.

Within this world, two on-the-run rebels may be able to restore order. There’s Max, a man of action and few words who seeks peace of mind in the aftermath of the chaos after losing his wife and child. And then there’s Furiosa, a woman of action who believes that if she can get across the desert to her childhood home, she’ll be able to find a way to live.

Fury Road had its international premiere on May 7, 2015, in Los Angeles, and was screened in Australia on May 14, 2015. Fury Road performed low at the box office, only generating $375.4 million worldwide against a production budget of $154.6–185.1 million and faced a loss of approximately $20–40 million. Regardless, the film’s critics praised Miller’s directing, script, action sequences, musical score, cinematography, editing, costume design, aesthetics, and performances.

Mad Max: Fury Road opened with Pitch Perfect 2 in 3,702 theaters in the United States and Canada, grossing $16.77 million on its first day, including $3.7 million from a Thursday night run in 3,000 theaters.

The film earned $45.4 million in its first weekend, placing it second at the box office behind Pitch Perfect 2 ($69.2 million). Despite that 97% of 424 reviews on the review aggregator website, Rotten Tomatoes are positive, with an average rating of 8.60/10 on IMDb.

There is the option of renting the movie on Apple iTunes, Amazon Video, Google Play Movies and other stores. The best way to watch Mad Max: Fury Road is on Netflix or Prime Video.