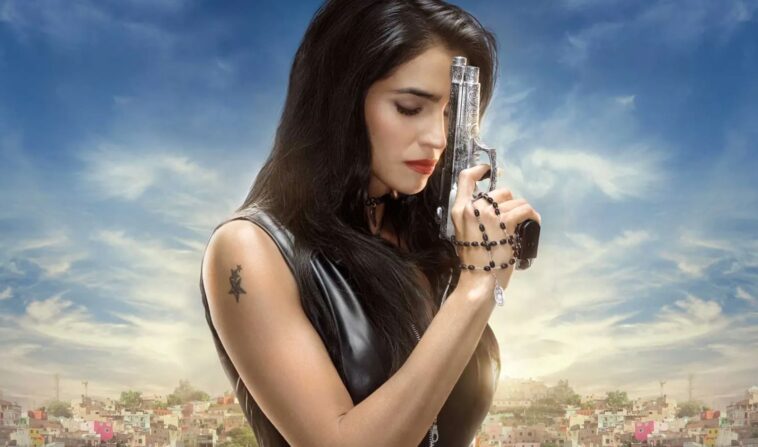 The cast includes Barbara de Regil as Rosario Tijeras, other than that, Sebastian Martinez, Juan Pablo, Mauricio Islas and others. The last episode of Rosario Tijeras aired on 14th December 2019 and if you are here to find out how you can watch Rosario Tijeras season 3 on Netflix then you have landed on the right page.

The third season of Rosario Tijeras is available on Netflix but in a limited number of regions. If you are located in Mexico or the United States then all you need is an active Netflix account.

Where else can you watch Rosario Tijeras online?

Wondering where to watch Rosario Tijeras online? Well, the series is only available on a limited number of VOD platforms, some of which are listed below:

Rosario Tijeras is available on Netflix but in a limited number of regions, use ExpressVPN to watch it in the UK, Canada, Australia, etc.

You can watch nearly hundreds of movies, TV shows, reality TV series, sports, etc with an active VPN subscription. A VPN lets you bypass geo-restricted content and watch your favorite content online. Here is a list of movies and TV shows you should check out:

The story of this season follows the life of Rosario after five years have passed since the sentence of Rosario Tijeras. She has now transformed into a beautiful mother, and she cares a lot more than anything except her five-year-old daughter, but her world falls apart when her daughter Ruby gets kidnapped.

To get her daughter back, she will have to work with the police by being part of an elite squad assigned to catch El Angel. To work all of these things out, Rosario needs to work very hard all day and all night long and keep her feeling aside from her work life, mainly because everything is entirely different from what it seems in the neighborhood.

The show has seen a significant decline in season three as it did not receive as much recognition as the previous season did. But as a fan service, the third season played its part quite well.

The native Mexican population liked the show a lot, but according to the professional critics at IMDb and other rating platforms, the series might have some problems. The series has a rating of 6.7 out of 10. Netflix also acquires the screening rights of Rosario Tijeras, so users from some regions can also watch the show on Netflix.