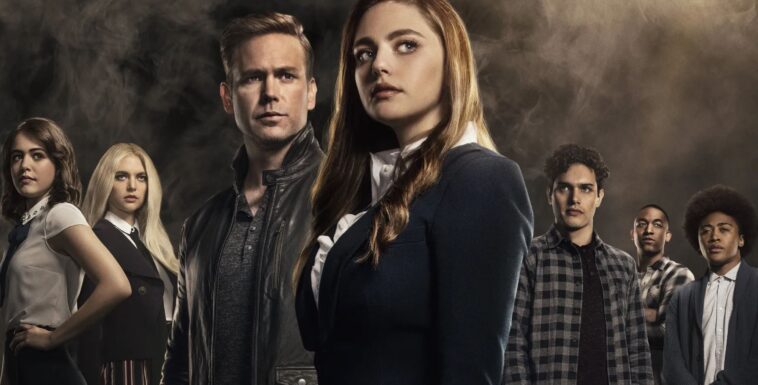 Set in the same universe as the fan-favorite supernatural series The Vampire Diaries, Legacies is a spin-off fantasy drama following the life of Hope Mikaelson – the teenage daughter of Klaus Mikaelson from The Originals. Set in the fictional town of Mystic Falls in Virginia, it features several characters from the predecessor shows and follows similar mythology.

Here is everything you must know about watching Legacies on Netflix, one of the most popular vampire franchises in the world.

Is Legacies Season 4 on Netflix?

Yes, Legacies season 4 is available on Netflix along with the other previous seasons. The series is exclusively available on American Netflix, and you can watch it with a Netflix subscription. If you are not in the United States, get an ExpressVPN for $6.67/m and stream Legacies on Netflix.

How to watch Legacies Season 4 on Netflix

All four seasons of Legacies are available on Netflix in the US. If you reside in Germany, the UK, or anywhere outside the US. Get an ExpressVPN subscription to change your IP address and Netflix regions and watch Legacies on Netflix. Follow these steps:

You will need a VPN to change your Netflix region and watch Legacies season 4 on Netflix. You can get three extra months free of ExpressVPN with their annual plan. That’s 15 months for the price of 12. A single subscription supports five devices simultaneously and comes with a 30-day money-back guarantee.

After downloading the ExpressVPN application on your device, open the app and select an American server from the country list.

Since Legacies Season 4 is available on Netflix in the United States, you will need to change your IP address to watch it from the UK, Germany, or anywhere else.

After connecting to an American server, open Netflix in your browser or in-app and search for Legacies Season 4 on Netflix from the UK or Germany.

For your information, all four seasons of Legacies are streaming on Netflix but only in the United States. The series was released on Netflix on 8 April 2019 with two seasons, with the rest to follow every year.

We don’t know the exact Netflix release date of Legacies season 4 on Netflix. However, we can speculate it was released somewhere around December 2021.

You can also watch The Vampire Diaries and The Originals on Netflix with an ExpressVPN subscription.

Two years after the events depicted in The Originals, Hope Mikaelson arrived at the Salvatore School for the Young and Gifted – a private boarding school in Mystic Falls that trains young supernatural beings to control their power and urges.

Hope is the 17-year-old daughter of the oldest vampire in the world. However, what makes her even more peculiar are her werewolf and witch genes, which she has inherited from her mother, Hayley Marshall, and her paternal grandmother. Now an orphan, Hope has no one but her found family at the boarding school to help her get through life.

A School for the Supernatural

Once called the Salvatore Boarding House, Salvatore School for the Young and Gifted was founded by Caroline Forbes and Alaric Saltzman, with Damon Salvatore and Klaus being generous donors. The school is filled with young vampires, werewolves, witches, and other mystical beings who want to enhance their supernatural powers while learning how to stop their impulses from getting the best of them.

After starting her training at the boarding school, Hope quickly develops friendships with Landon Kirby, twins Josie and Lizzie Saltzman, MJ, and others. The series perfectly captures the trials and tribulations of teenage relationships and rivalries while focusing on young individuals battling with forces far beyond their control.

Created by Julie Plec, Legacies premiered on The CW on October 25, 2018. It has four seasons, all of which are available for streaming on Netflix. Moreover, the television series stars Danielle Rose Russell in the lead role, though the rest of the ensemble is just as talented and brilliant.

Legacies bring back many favorite characters from The Vampire Diaries and The Originals, including Alaric Saltzman, who is now the headmaster of Salvatore School for the Young and Gifted.

In addition, Matt Donovan, Jeremy Gilbert, Caroline Forbes, Marcel Gerald, Aurora de Martel, Kol Mikaelson, and Rebekkah Mikaelson all make guest appearances in the series, thus bringing back the old memories associated with the franchise. You may even get to see Klaus once again with his charming smile and suave words.

Legacies is available on Netflix but only in the United States. You will need an ExpressVPN subscription to watch Legacies season 4 on Netflix from Germany, UK, or anywhere else outside the US.

We tested ExpressVPN to get American Netflix content, and it worked perfectly. Therefore we highly recommend it to all our readers.